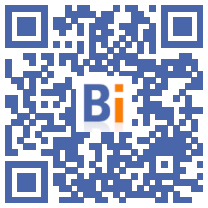 Partisan of a strong public forest service, the National Federation of Forest Communes (FNCOFOR) protests against the unilateral arbitration of the State which, in its proposal for a contract of objectives and performance (COP) of the National Office of Forêts (ONF), is asking for an additional contribution of 30 million euros to forest municipalities while cutting more than 500 jobs.

This is too much for the Forest Communes grouped together within the National Federation of Forestry Communes. Despite an increasingly strained public forestry service, the State plans to further reduce the staff of the National Forestry Office while asking the forestry municipalities to supplement the ONF budget to the tune of 30 million. euros.

An unacceptable situation for FNCOFOR, which has been fighting for several years to preserve an increasingly threatened forest area. The Federation therefore asks the State to take its responsibilities and fully assume its role of guarantor of the preservation of our forests with a long-term investment and a real project for the future.

"This decision is all the more inadmissible as this new tax of 30 million euros (7,5 M € in 2023 then 10 M € per year in 2024-2025) does not guarantee in any way the recovery of the financial situation of the ONF, in annual deficit and heavily indebted for several years already since the COP does not give us any visibility on the measures that will be taken by the State ”, declares Mr. Jarlier, President of FNCOFOR. “And it does not take into account the hard work of the forestry municipalities to preserve the forests and the sector, confirming a lack of knowledge of the realities of the municipalities at the highest level of the State. "

These government announcements come after the creation in 2012 of an additional tax of 2 euros per hectare of land considered as forest and a decrease in the overall operating allocation imposed on municipalities between 2014 and 2017, burdening their budget by more than 4 billion euros and particularly affecting wood-producing municipalities.

A strategy for the future for French forests

The role of the NFB is more essential than ever and the Federation salutes the organization for its work in a complicated context.

"The financing of the ONF must evolve to overcome these budgetary and structural impasses", underlines Mr. Jarlier. “The solution cannot be to continue to be satisfied with turning to the communities to make them pay more and more. "

The Federation therefore calls for a real political ambition for French forests and a complete revision of the 2021-2025 COP with clear and affirmed objectives which take into account the daily involvement of the forestry municipalities which face many difficulties for the preservation of forests. Pest attacks, the decline of certain species, repeated droughts, increased risk of fires are just a few examples of the challenges these municipalities face.

"The announcement of the Assises de la forêt made on July 24 by the Prime Minister, accompanied by additional resources for the sector, is good news", would like to underline Mr. Jarlier. “But, we are waiting for a real overhaul of the forest policy and the taking into account of the already exemplary work of the Forest Communes for the preservation of the green lung of France. "