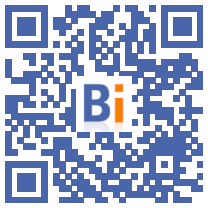 The architect Jean Nouvel and the Philharmonie de Paris have concluded "a transactional agreement" putting an end to the financial dispute which has opposed them since 2017 on the construction site of the prestigious concert hall, they announced Thursday in a joint statement.

The Philharmonie de Paris claimed 170 million euros from the architect, due to the additional costs incurred during the construction.

Jean Nouvel had lodged a complaint in October 2019, then obtained the opening of a judicial investigation last February for "favoritism, illegal taking of interests, embezzlement of public funds, embezzlement, forgery and use of forgery" by the financial prosecutor.

From now on, "it is put an end in a fully satisfactory manner for each of the parties to all their disputes, all fields combined, in particular on the costs and the deadlines", write the architect and the Philharmonie.

"The parties, who recognize that these disputes were the consequence of differences and misunderstandings, have decided to overcome them by engaging in a dialogue for the purpose of respecting and protecting the cultural public interest," they add.

The project management, provided by Jean Nouvel and the company Ateliers Jean Nouvel (AJN), and the public establishment of the Cité de la musique-Philharmonie de Paris "no longer have any claims of any kind whatsoever. , towards each other, including the intellectual property rights resulting from the realization of the Philharmonie de Paris ", continue the parties.

Mr. Nouvel, AJN and the Philharmonie de Paris "desist and definitively waive all claims, proceedings and actions, before any jurisdiction whatsoever".

The two parties also announce "to have agreed on the realization of a program of additional works, stopped within the framework of an envelope of 15 million euros decided in agreement with the State", which will be carried out under the control work of AJN and Jean Nouvel.