Finance bill for 2023: where is the ambition? 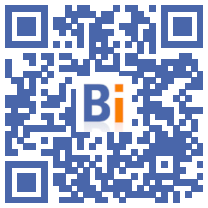 The finance bill for 2023 unveiled today by the government will not make it possible to avoid the collapse of new housing, nor to put itself in line with the “building” component of the objective of ecological transformation of our country.

In fact, new construction remains largely absent from the draft budget, despite the fall in sales and HLM approvals, the additional costs induced by the materials and energy crisis, but also the entry into force of RE2020 since this year, then from the REP on January 1, 2023. The only puncture of 300 million euros on Action Logement to finance the National Fund for Aids to Stone (FNAP) cannot constitute a response commensurate with the crisis of the new which prepares.

As for support for energy renovation, the €500 million increase in MaPrimeRénov' is certainly good news, subject to details to come. However, this amount remains very insufficient to massively trigger global performance operations. Especially since an overhaul of the VAT to 5,5% is announced for 2024. In addition, the bill is silent on the incentive for craftsmen, traders and SMEs to renovate their premises. And finally, the draft budget returns MaPrimeAdapt' to 2024, after having raised many hopes since the beginning of the summer.

For Olivier Salleron, president of the FFB: "I regret that the ambitions in terms of improving the ecological quality of the existing park do not find any real translation in the finance bill for 2023, leaving the 2050 objective out of the question. 'achievement. In addition, this draft budget clearly overlooks the looming new housing crisis. The FFB is therefore asking the government and parliamentarians to be more ambitious! »