Fight against undignified housing: 12 people tried on Monday in Marseille 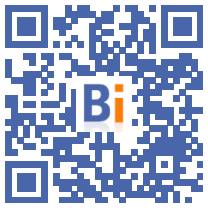 Twelve people and six legal entities are to be tried on Monday before the Marseille Criminal Court, suspected of being sleep merchants or of having rented unhealthy or dangerous housing.

After the collapse of two buildings rue d'Aubagne in November 2018, which left 8 people dead in the heart of the second largest city in France, many voices criticized the inaction of the former right-wing town hall, led by Jean -Claude Gaudin, against poor housing and owners not respecting their maintenance obligations.

In the process, the prosecution had created a "local delinquency treatment group dedicated to the fight against substandard housing".

Within this framework, six separate cases will be judged on Monday, provided they are not referred. The defendants are owners, SCIs or even a real estate agency in a chic street in Marseille.

The alleged infringements, committed between 2018 and 2021, range from "deliberate refusal, without legitimate reason and despite formal notice, to carry out on a building threatening ruin the work prescribed by the decree of danger", punishable by one year of prison and a fine of up to 250.000 euros for the "submission of several vulnerable or dependent people to unworthy accommodation conditions" punishable by 7 years' imprisonment and a fine of up to one million euros.

"On the sensitive litigation of unworthy and insanitary housing, we note with satisfaction the increase in reports from the town hall of Marseille", declared the public prosecutor, Dominique Laurens during his speech of return in January.

The new mayor of Marseille Benoît Payan, elected on a united left list, reiterated at the beginning of January the will of his majority to fight against insanitary and unworthy housing. About 100.000 people live in slums in Marseille, according to the Abbé Pierre Foundation.

Almost two years to the day after the tragedy in the rue d'Aubagne, the Marseille prosecutor's office had announced the indictment of Julien Ruas, a former deputy to the former mayor Jean-Claude Gaudin, heads of manslaughter by willful violation, unintentional injuries by willful violation, willful endangerment of others. He was in the previous LR executive, in particular in charge of risk prevention and management.

Two other indictments were pronounced within the framework of this instruction, that of the trustee of the co-ownership of 65 rue d'Aubagne, the only one of the two buildings which was occupied at the time of the disaster, and that of the social landlord Marseille Habitat. This semi-public company in the city of Marseille owned the second building which collapsed, located at 63 rue d'Aubagne and whose access was blocked in 2017.