Fight against poor housing in Marseille: the beginning of a new era? 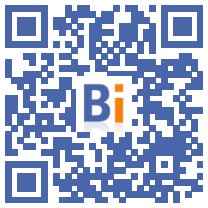 Four years after the fatal collapse of buildings in 2018 in the heart of Marseille, a collective mobilization seemed to take shape on Monday November 28 to fight against the poor housing which is eating away at the second city of France and threatening its social cohesion.

"Housing is the biggest challenge for the public authorities in Marseille and will probably be for many years to come," warned the prefect of the Provence-Alpes-Côte d'Azur region Christophe Mirmand.

In this city of 860.000 inhabitants, "the emergency is real" and "threatens social cohesion", hammered the representative of the State.

Behind the overwhelming figures - 40.000 slums, as many requests for social housing on hold, 14.000 people with no housing solution - hide lives wasted in damp apartments, with bare electricity wires, for exorbitant rents, men and women on the street or forced to occupy walled-up or substandard housing.

Sitti Ahmed, a 50-year-old mother, for example, has been waiting for eleven years for a low-rent housing on the ground floor suitable for her autistic son who "tries to climb on the windows".

To "raise Marseille", we must "get everyone involved", urged Mayor Benoît Payan, whose left-wing union conquered the municipality two years after the collapse of two buildings on rue d'Aubagne which had made eight dead, revealing the inertia of the old right-wing majority.

It is on his initiative, even if the town hall has no jurisdiction over housing policy, that the general assembly on this burning subject takes place on Monday and Tuesday, bringing together owners, social landlords and communities including the Aix-Marseille Metropolis. -Provence.

The latter, which has still not adopted a Local Housing Plan, which is essential for planning the organization of housing in this territory including Marseille and 91 municipalities mainly in the Bouches-du-Rhône, has however shown its good intentions.

“There is a “willingness to establish a chain of public action”, assured LR David Ytier, its vice-president for housing.

The HLM movement "is waiting for that, to build stronger and better in Marseille and in the metropolis", engaged the president of the Social Union for Housing Emmanuelle Cosse, while the lack of social housing is glaring.

“We expect something concrete”

"It's too late to say that finally things are moving in Marseille. But there is a real momentum," said Francis Vernede, regional director of the Abbé-Pierre Foundation, to AFP.

"We can only be delighted to see the State, the city and the metropolis sitting side by side, with an a priori desire to work together. Afterwards, we expect something concrete, renovation, buildings, housing affordable for all and that is a global policy that will not be done immediately," he continued.

Build first: the metropolis would provide 11.000 housing units per year in its future Local Housing Plan (PLH) 2023-2028 which has still not been unveiled.

Rebalance the distribution then knowing that around thirty of the 92 municipalities of the metropolis do not respect their obligations in terms of the number of social housing units. And that in Marseille itself, the poor neighborhoods in the north of the city have 40% social housing when there is only 10% in the wealthy neighborhoods in the south.

Fighting against unworthy housing too: "I want slum merchants to stop sleeping", insisted Benoît Payan, calling for tougher penalties against them and in particular a ban on buying housing for 30 years and not just 10 year. He also wants to be able to expropriate in very degraded condominiums.

The town hall recalls that some buildings are in such a state that it must take "20 security orders per month" with the relocations that go with it. "And it's not going to stop immediately," warned Patrick Amico, deputy mayor of Marseille.

The Metropolis boasts for its part the merits of its "rental permit" launched in the district of rue d'Aubagne and which allows it to prevent an owner from renting if he does not do certain work.

The Minister Delegate for Housing Olivier Klein is expected in Marseille on Tuesday.