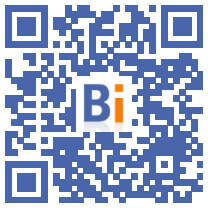 The French are less numerous to access the ownership of their home, according to a study carried out for the National Federation of Real Estate (Fnaim) presented Wednesday, June 29.

Of the 672 people who have acquired a property over the past two years surveyed from May 5 to 19 by Ifop, only 28% were first-time buyers, that is to say who were not owners until the. This is 10 points less than a year earlier.

This can be explained by the continuous rise in real estate prices as well as the increase in interest rates.

Conversely, 36% of buyers (+4 points) are "second-time buyers", that is to say that they have sold a property to buy another.

"It typically goes from couples who enlarge the family (...) to people who are approaching retirement (...) and who are going to sell a nice apartment or a nice house in Île-de-France to go to install in the sun in something smaller", detailed in a press conference Olivier Lendrevie, president of the broker in real estate loans Cafpi.

"These second-time buyers, they benefit from the maximum resale price effect and even if they position themselves on a relatively expensive market, having benefited from very low interest rates, they have a rather very interesting", detailed Jean-Marc Torrollion, president of the Fnaim.