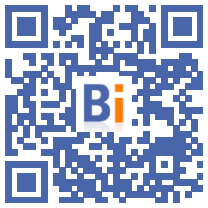 The labor inspectorate recorded 213 work accidents caused by a fall from a height, including 23 fatalities in the first half of 2022, a figure which is not decreasing despite prevention campaigns, according to a report from the General Directorate of Labor (DGT) posted a few days ago.

In 2021, 421 workplace accidents caused by falling from a height were reported, including 46 fatalities and 249 resulting in serious injuries.

On average, over the past three years, France has recorded 674 work-related deaths per year.

The main causes are road accidents, accidents due to work equipment or dangerous machinery, falls from heights (26% of work accidents and 18% of fatal accidents).

“We are seeing a plateau”, commented during a press conference, the director general of labor Pierre Ramain with a number of accidents and their frequency index which are no longer falling.

No less than 3.647 work stoppage decisions linked to a risk of falling from a height were notified in 2021 by the labor inspectorate, which carried out 31.520 interventions on this topic, the second reason behind the fight against illegal work.

After a year 2020 which had seen the labor inspectorate reduce its interventions due to the Covid and focus them on the control of the health protocol in companies and fraud in partial activity, 2021 saw a return to "a level of classic activity" according to Mr. Ramain.

The labor inspectorate has however added the fight against abusive recourse to short contracts of less than one month to its priorities, with 4.800 interventions between October 2021 and June 2022.

“There were initiative actions but the idea was to work on it collectively and in a visible way,” explained Mr. Ramain. The sectors targeted by the establishment of a "bonus-malus" during the reform of unemployment insurance were targeted.