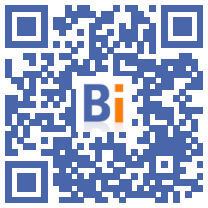 With 55.000 vacant jobs and 280.000 recruitment projects in 2023, French industrialists in need of arms are going this week to meet young people to whom they wish to demonstrate that the solutions to decarbonize the planet are born in factories. 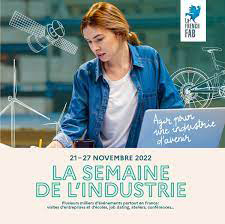 During the "industry week" which began on Monday, many factory visits, trade forums, escape games, job dating... are planned throughout France between industrialists and middle school, high school or university students. to discover professions they would not have thought of.

"We have a little over 7% unemployment and we can't recruit, it's a great French paradox", said the Minister of Industry Roland Lescure on Europe 1 Monday, before going to the aeronautical engine manufacturer Safran in Créteil who wants to discover advances in decarbonization of aviation.

"Industry is 18% of CO2 emissions, but 100% of solutions for depolluting transport in particular", he added, referring to the work carried out to develop batteries or electric cars that do not emit no CO2, hydrogen trains or green aircraft engines.

Industry week is mainly aimed at young people aged 11 to 17 and their teachers or training managers, but also "for job seekers interested in a career or retraining in industry", specifies Bercy in a press kit, evoking the 4.500 free events organized (), relayed by influencers on social networks such as TikTok or Loopsider.

The government wishes to "fight against received ideas" by stressing that the two priority axes of French industrialists at the moment are "ecological transition" and "innovation and digitalization", allied to the issues of sovereignty to relocate productions on the National territory.

Examples abound, from Anaïs, food line operator in Loudéac who supplies and programs automated machines, to Pauline, methods technician in electronics for aeronautics and aerospace in Fougères, who tests electronic components on a model or on simulation software, and participates in prototype testing.

In the east, a visit is organized to the Storengy site, which specializes in the underground storage of natural gas, and in the development of geothermal, hydrogen and biomethane projects. The Sogefa company invites teachers and students to visit its waste recovery unit. And in Burgundy, a festival of ecological and digital transition is organized for young people and job seekers.

A particular effort is made to attract young girls, who represent less than 30% of employees in industry. The association "Elles Bougent" organizes more than 120 events with 62 partner companies and establishments, including a visit to Framatome in Le Creusot, the presentation of the profession of machinist and switch assembly on the Vossloh site in Reischoffen, or another "discovery of engineering professions" session at
the Sigma school in Clermont-Ferrand.