Faced with the advancing ocean, small towns in the South-West ready to retreat 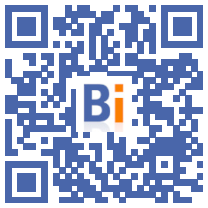 In mid-October, on the beach at Biscarrosse (Landes), the wooden restaurants and lifeguard lookouts, essential in summer, turn into piles of carefully stacked beams and planks, a compulsory annual general dismantling because here the dune is in danger.

The seaside resort, like that of Lacanau or others on the Atlantic coast, is ready to retreat and push back the buildings threatened by marine erosion - a natural phenomenon that has been underway for centuries - but requires legal and financial tools to achieve it.

Slapped by the waves and the winds of the Atlantic, the beach of Biscarrosse (16.000 inhabitants) is nibbled every year by 2 meters on average, up to 5 meters in the event of strong storms in winter.

According to researchers from the Observatory of the coast of Nouvelle-Aquitaine, erosion could push back the sandy coast of the Bay of Biscay by 50 meters by mid-century, to which could potentially be added 20 meters of retreat. additional, taking into account the effects of climate change.

On the dune, at the top of the central beach, only three "hard" buildings - two villas with twenty apartments and a top-of-the-range hotel - built at the beginning of the XNUMXth century, remain after the autumn dismantling.

The Landes commune is trying to buy them back and rebuild them back in the land, to the chagrin of some owners.

The Grand Hôtel de la Plage has been "rooted 14 meters deep" since its refurbishment in 2013, defends Alexandre Michel, director of this four-star establishment, to AFP.

"There is no risk that it will collapse. In 2045, we will still be there," bets the manager, dismissing the idea of ​​withdrawal.

Conversely, for Vincent Bawedin, geographer and engineer in charge of managing the coastline at Biscarrosse, these buildings could collapse in "5 to 10 years", in the event of powerful winter storms.

According to the Littoral Public Interest Group (GIP), the main player in local erosion management strategies, without any protection work or active preservation policy, nearly 6.500 coastal housing and businesses are at risk of collapse here. 2050, from the Médoc to the Basque Country.

But to succeed in the bet of "relocation", the municipalities demand legal and financial tools from the State.

Because "we sometimes have the impression that the legislator is moving more slowly than erosion," laments Mr. Bawedin, at the foot of a wooden first aid station, rebuilt 15 meters back on the dune this year.

The new Climate and Resilience law, promulgated this summer, nevertheless now allows local elected officials to preempt housing if it is put up for sale in threatened areas.

Measures to lower the cost to be borne, such as the "administered discount" of the goods to be relocated, should also be taken in the coming months, indicates Stéphanie Dupuy-Lyon, at the head of the Department of housing development and nature at the Ministry of Ecological Transition.

Thus, the more the threat of erosion "will approach" a building, "the less its value will be important," she told AFP.

But who says acquisition, or expropriation - in case of urgent threat - says payment.

For Laurent Peyrondet, mayor (Modem) of Lacanau, who estimates at 400 million euros the value of the goods threatened on his territory, the municipalities "clearly do not have the means" to undertake "alone" the redemptions necessary for the withdrawal .

Like other elected officials from the coast, he calls on the State to create a financing mechanism, by suggesting levies on insurance, "without the taxpayer being affected".

Its city of 5.000 inhabitants, a pioneer in fallback strategies in 2012, finally opted for the construction of a riprap of stone blocks which should fix the dune over one kilometer until 2050, before triggering "the scenario of relocation ". Only beach access parking lots and lifeguard stations will decline in the short term.

Currently co-financed by local authorities, the State and European funds, this hard protection will ultimately cost "more than 30 million euros", ie the equivalent of the municipality's annual budget.

A solution rejected by Biscarrosse, because "the hard points" block "the transfer of sediment" and dig even more the beach on either side of the structures, indicates Mr. Bawedin.

In the meantime, his city recharges its weakened dune every winter with sand transported by trucks from a nearby wild beach. But "playing the clock is extremely dangerous," warns the geographer, noting that the volumes of sand required are increasing year by year.