Extension of the RER E in Paris, a giant underground construction site in a "pocket handkerchief" 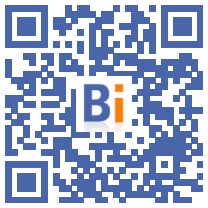 A huge site in a "pocket handkerchief": Porte Maillot in Paris, underground work to extend the RER E juggle with multiple constraints, starting with the lack of space in an already very dense district.

35 meters below this district known for its Palais des Congrès, a wide tunnel runs as far as the eye can see: "the tunnel boring machine is currently at the level of the Star, it arrives under the sidewalks of avenue Wagram", 900 meters from there, explains Xavier Gruz, director of the Eole project at SNCF Réseaux.

This project consists of extending the RER E, which currently connects the eastern suburbs to the Saint-Lazare station in Paris, to the west. The line should thus join Nanterre via La Défense in mid-2023, then go to Mantes-la-Jolie (Yvelines) in a second step.

These heavy works include the boring of an 8 kilometer tunnel, wide enough to run double-decker trains. The "Virginia" tunnel boring machine, with its 11 meters in diameter, is currently the largest machine of this kind to work on a railway tunnel in France.

"It should arrive at Haussmann-St Lazare on January 15 next year," predicts Xavier Gruz.

In the meantime, Porte Maillot is the epicenter of the work, which mobilizes 670 people. On the surface and underground, dozens of employees in orange chasubles are busy in a labyrinth of concrete mixers, electrical cabinets, mud evacuation pipes and all kinds of construction machinery.

In addition to housing the base of the tunnel boring machine, this district connecting the west of Paris to the affluent suburb of Neuilly-sur-Seine is in the process of building a new open-air station, which will be naturally lit by a canopy.

Incidentally, it is necessary to establish a connection to the RER C and rebuild three floors of a car park which must have been partially destroyed.

"It is a site which is constrained on the surface and underground", underlines Bopha Eng, director of operations at SNCF Réseau.

"The difficulty we have with this station is that it fits into totally occupied underground volumes", Xavier Gruz says: the basement is already crowded with the two parking lots of the Palais des Congrès , metro line 1 and RER A. "We're completely stuck", he sums up.

"We put a completely colossal site in a pocket handkerchief", greets Michel Deffayet, the president of the French Association of tunnels and underground space (AFTES), which precisely holds its congress in the Palace adjacent and sees it as an illustration of the technical prowess of the sector.

This congestion results in concrete technical difficulties: line 1 of the nearby metro had to be "enclosed", protected and reinforced, so as not to suffer the displacement of land with the excavation of the future Eole station.

Another complication encountered by the site: the presence of a sheet of water that had to be pumped, not without difficulty, to bring it back below the level of the work.

It is also a race against time to free the site on time, at a time when the capital is increasing the number of major works. It will soon be necessary to free up the surface area to make way for a future T3 tram stop, while the square must then be completely redeveloped for the Olympic Games in 2024.

However, the Eole site has fallen behind schedule with the Covid-19 crisis in particular. It has also encountered other difficulties, such as delays in delivery of construction materials and now fears over the supply of electronic components, which are the subject of a global shortage.

"Today I am not sure that we are completely out of it," fears Xavier Gruz. "We are not necessarily completely serene about the future".