Extension of France Relance aid for apprenticeship until June 30 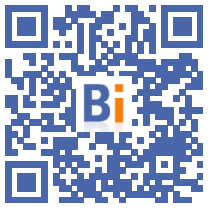 Prime Minister Jean Castex announced, Monday during a speech at the Global Industrie trade fair in Lyon, the extension for six months, until June 30, 2022, of aid from France Relance for apprenticeship.

The bonus provided for under the plan "a young person, a solution" of 5.000 euros for a minor, 8.000 for an adult, which makes the cost of the first year almost zero, had already been extended in the spring until December 2021 .

"The results are there" in terms of professional integration thanks to this plan, welcomed the Prime Minister, pointing out a "historical record" of more than 500.000 apprenticeship or work-study contracts signed (525.600 young people in 2020 , 42% more than in 2019, according to data from Dares).

"We believe in learning," said Castex, announcing the extension of the device.

"2,6 million young people have so far directly benefited from aid from France Relance for employment, integration or training," he also noted.

Coming to lay the groundwork for a reindustrialization that would like to respect the climate, the head of government spoke at the end of a plenary session of the National Council of Industry (CNI) inaugurated Monday morning by Agnès Pannier-Runacher, the minister in charge of Industry, in front of employers and unions of the different branches of the sector and representatives of the State.

The increase in contracts is partly the consequence of the 2018 reform which liberalized apprenticeship both on entry conditions and on the training offer.

The device is considered effective for professional integration - six months after leaving an apprenticeship training center (CFA), 62% of apprentices are in paid employment - but it has long suffered from a degraded image.