Executive and social partners decided to clean up the training systems 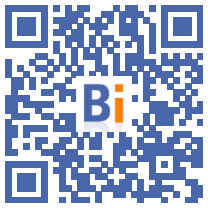 Growth of the personal training account (CPF), dynamic of learning ... the reform of vocational training is a quantitative success that creates funding and quality problems according to the executive and social partners wishing to do a little Household chores.

Since April, unions (with the exception of the CGT) and employers have been discussing "the law on the freedom to choose one's professional future" of 2018 with the objective of making development proposals in early July. In the meantime, the government began to bring them together in parallel in early June.

The thorniest subject will be that of financing. The regulatory body, France competences, which redistributes the money collected from companies, expects a deficit of 2,5 billion euros this year.

Blame a little on the Covid on the revenue side but above all on the rise of three major expenses: learning (6,1 billion), the CPF (1,9 billion) and the training of the unemployed (PIC, 1,6 billion).

"There are things that are working better than expected. More than 500.000 apprenticeship contracts this year, that entails more expenses than 340.000 in 2019. There is the CPF which works by god. Obviously we want to maintain these two devices at these levels, "says the Ministry of Labor.

But to regain the balance of France's skills, required by law for 2022, the equation will be complex.

On the revenue side, Michel Beaugas (FO) calls for an "increase in the employers' contribution", a "red line" for the deputy chairman of Medef Patrick Martin for whom "it is not for companies to finance the unemployed".

On the expenditure side, on apprenticeship, the government has extended recruitment aid (5.000 euros for a minor, 8.000 for a major).

But France competences should re-examine the levels of support for certain training courses, while taking care not to weaken the resources of the CFA. In higher education, some schools have also been accused of taking advantage of windfall effects by switching to learning.

"Deflection of the CPF"

On the CPF side, the government excludes questioning the supply of the account up to 500 euros per year (800 for the poorly qualified).

Despite the confinement, the number of training courses requested increased from 630.000 in 2019, to 1,1 million in 2020 and 1,6 million in 2021. This increase in load was boosted by the launch of the "Moncompteformation" application, downloaded 2,6 million times since its launch at the end of 2019, which makes it possible to register for training without an intermediary.

"The CPF has the enormous advantage of giving access to training to everyone whereas historically it is qualified employees who have access to it. 73% of trainees are employees or workers and 39% have a baccalaureate or infra training level. ", rejoices the ministry.

But, in a document to the social partners, the ministry acknowledges that there are still "pitfalls to be removed": "control of the organizations" present on the platform and of the certifications issued, "evaluation of the relevance of the training courses with the labor market. employment "or" fraud "with abusive canvassing of employees.

It agrees with the observation of trade unions and employers, reluctant from the start to the individual logic of the CPF.

"There was a misappropriation of the CPF. The money of the CPF is used for everything, it is not necessarily so that the employees can make the professional transition or increase their level of qualification", regrets Michel Beaugas (FO).

The social partners are wondering, for example, whether it is for the CPF to finance the driving license, the first training required, and would like to control the abundant supply of "skills assessment" or "business creation" training.

If the contribution to the CPF by the branches or the companies is now possible, Mr. Martin wants "more involvement of the company in the choice and the marking of the formations".

"As it stands, the adequacy between the most chosen training (such as languages) and the needs of the market is not optimal", he judges, with not enough training on digital and ecological transition.

Admitting a real "stake", the ministry wishes to agree with the social partners on "a common grid of indicators" making it possible to assess the usefulness of training.