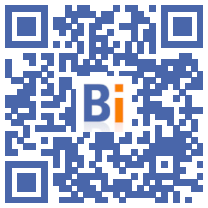 ALILA, a player in housing for all in France, carried out in collaboration with ELABE a study entitled “Elected officials and the construction of housing in France”. In general, it emerges that elected officials are worried about a construction deficit in France, including social housing, while they overwhelmingly consider that this is an engine of economic attractiveness and cohesion. social.

The key points of the study:

For the elected officials questioned, the construction of housing contributes to the attractiveness of the territory and to social cohesion: 97% consider that housing is "an important element of attractiveness" and 96% consider that it is "an essential factor. integration and social cohesion. ". Elected officials consider that housing weighs heavily on the purchasing power of citizens (88%) and the argument of job creation induced by the sector is also widely shared.

Visibly confident in ecological awareness and in the development of good construction practices, almost all elected officials (96%) believe "that by doing differently, we can build new housing while respecting the environment ".

It is the lack of available land (cited by 36% of elected officials) and the lack of means to finance public infrastructure (13%) that are cited as the main obstacles to construction.

To increase the construction of social housing, elected officials recommend:

Hervé Legros, CEO of ALILA, declares: “I would like to thank the elected officials who agreed to share with us their findings on the construction of housing in France. Their observations correspond in every way to those that we can draw up in the municipalities and intercommunalities with which we work. While housing should be a basic commodity accessible to as many people as possible, it weighs heavily on the purchasing power of the French. Elected officials like ALILA, social landlords and associations alike, all share the same observation: the housing deficit, including social housing, is glaring.

Our elected officials are making proposals to resolve the housing crisis that we share. Let's put them in place, make construction one of the levers of economic recovery, and build the housing essential to social cohesion that many municipalities badly need. "

Bernard Sananès, President of ELABE, adds: “Long presented in public debate as hostile to social housing, the mayors questioned here testify to clear intentions: they will build social housing during their term of office. In a good place among the priority issues for their municipality, housing weighs heavily on the purchasing power of their citizens. In their view, construction is an effective response to the housing crisis and constitutes a lever for economic attractiveness, employment and social cohesion. If the decision to build, according to them, comes up against a lack of land and available resources, especially in dense areas, solutions exist: breaking down the barrier of administrative complexity and providing financial incentives for building municipalities. Finally, opposing housing and the environment appears to be a rearguard battle for elected officials convinced that new housing can be built while respecting the environment ”.