Exceptional profits for TotalEnergies, which invests in renewables and rewards its shareholders 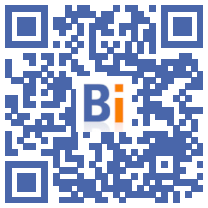 In the midst of a debate on superprofits, TotalEnergies announced Wednesday, September 28 an additional billion dollars of investment in renewable energies but also several billion in bonuses for its shareholders, even as the employees of its refineries are on strike to obtain increases against to inflation.

Faced with "the evolution of the oil, gas and electricity markets", the hydrocarbon giant welcomes the "very solid balance sheet" that it will post at the end of 2022, considering itself "in a position both to accelerate its transformation strategy and to offer an attractive shareholder return policy".

This is why the board of directors, "wishing to share with its shareholders the company's results in this context of high prices", will "pay an exceptional interim dividend of 1 euro per share in December 2022", out of 2,62, XNUMX billion shares, she said in a statement.

His customers will also benefit from the windfall. Those "who will reduce their electricity consumption this winter", will receive a bonus of 30 to 120 euros "depending on the percentage of their efforts", she announced at the same time. Paid in April in the form of a bill reduction, this "consumption bonus" will be aimed at customer households since November 2021 at least and having a Linky meter, "i.e. more than 3 million households", she specified. .

"Total is a more profitable company than in the past, the result of discipline and cost control", welcomed Wednesday its CEO Patrick Pouyanné, during a conference on the strategy of the company.

This provides that its cash flow will increase "by 4 billion dollars over 5 years, in moderate energy price assumptions" or 50 dollars/barrel for oil. And for each additional ten dollars that the barrel would take, TotalEnergies expects to benefit "from more than 3 billion additional dollars".

“35 to 40%” of these cash flows to shareholders, the rest going to its transformation strategy, “with net investments increasing by 14 to 18 billion dollars per year over 2022-2025”.

The announcement of this exceptional interim dividend comes as the debate rages in France around a possible special tax on the "superprofits" of companies that have benefited greatly from inflation or rising energy prices. following the war in Ukraine.

A “flash” parliamentary mission, which must deliver its conclusions around October 5 or 6, is working on the question and heard Mr. Pouyanné last week.

In the second quarter of 2022, TotalEnergies reaped huge profits: the French group more than doubled its net profit, to 5,7 billion dollars, against 2,2 billion in the same quarter in 2021.

Wednesday's announcements, however, come as the social climate is electric within the company: since Tuesday, TotalEnergies has been facing a strike for purchasing power within its French refineries, even having to shut down that of Normandy, the largest in France.

The employees, responding to a call from the CGT, are demanding a salary increase of 10% for the year 2022, the "unfreezing of hiring" in France and "a massive investment plan" in France, demands already at the origin of movements on June 24 and July 28.

Some of the employees receive salaries "extremely low and there is a need to raise them to the level of what the group generates as profits", underlined to AFP Benjamin Tange, union official.

During the conference given on Wednesday, Mr. Pouyanné promised to "not forget" his employees when sharing the excess cash, even if there "will be no announcement today" because the discussions run their course, he said.

With its "solid balance sheet", the hydrocarbon giant has also taken the decision to strengthen its investments in renewable energies: those in solar and wind power "will exceed 4 billion dollars from 2022", instead of 3 billion dollars in 2021.

Tuesday, Patrick Pouyanné had already announced that his group was going to invest 1 billion euros to improve the energy performance of its companies, at a time when an effort of sobriety is requested from the economic world and from consumers.

The company says it is aiming for carbon neutrality by the middle of the century and has pledged to reduce emissions from its petroleum products by more than 30% compared to 2015.