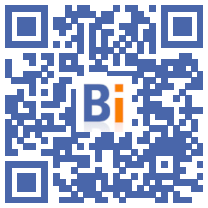 The Montreuil administrative court on Tuesday rejected the appeal of residents of the Obélisque tower of Epinay-sur-Seine (Seine-Saint-Denis) forced to evacuate their apartment on December 8, considering that "there was a real risk collapsing balconies ".

"In view of the reports of the three experts who examined the building, and in particular of the expertise ordered by the administrative court, the summary judge considered that there was a real risk of the balconies on the south, east and west facades collapsing" , the court said in a statement.

"Despite its serious consequences for the occupants, the evacuation decided by the prefect appeared, at this stage of the investigation, necessary to prevent the imminent danger to public safety and health," continues the court.

Several residents of the building had seized the summary judge to obtain the suspension of the decree of November 5, 2021 of the prefect of Seine-Saint-Denis ordering them to evacuate the building within five weeks.

A first evacuation of the southern facade of the tower, the most degraded, took place on November 15, under a large police force.

The rest of the co-owners and tenants, about thirty of whom were present at the hearing on Monday, must vacate the premises by December 8.

"It's catastrophic for everyone, people will be on the streets in eight days," responded to AFP Daniel Lizieux, one of the applicants.

"It is shameful, without consideration for people or the reality of the facts," continued the co-owner, who hastily prepares his move to Ariège.
Several occupants met by AFP explained that they had received rehousing proposals that were unsuitable for their situation, or located too far away.

At the origin of the evacuation of the tower, a series of appraisals carried out since October having concluded to a strong corrosion of the metal stiffeners connecting the balconies and supporting the guardrails as well as to a risk of collapse of these balconies. . For the most pessimistic expert, the entire tower is in danger.

However, for residents and their lawyers, this expertise was "only visual". Based on archival photos of the tower construction, they object that the metal stiffeners do not support the balcony floors.

On the side of the prefecture, there was no question of putting the inhabitants at risk.

For Jacques Witkowki, prefect of Seine-Saint-Denis: "On the accommodation proposals, we do our best because we act in an emergency".

The demolition of the tower is scheduled for 2028.