Evacuation in the Parisian suburbs of 240.000 tonnes of excavated material 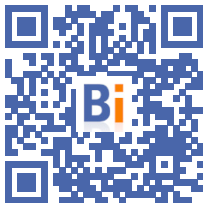 Around 240.000 tonnes of potentially polluting cuttings, resulting from the extension site of line E (Eole) of the RER and stored in a village in the suburbs of Paris, will have to be evacuated by the beginning of 2022, according to official sources.

Contacted, the Regional and Interdepartmental Directorate for the Environment, Planning and Transport (Drieat) confirmed information from the newspaper Le Parisien.

This site soil, supposed to be inert, has been gradually brought since 2019 to a storage area located in Saint-Martin-la-Garenne, near Mantes-la-Jolie, in the Yvelines.

It is the LafargeHolcim group which operates this quarry, where the waste related to the work of the tunnel boring machine of the Eole project is transported, which digs underground the extension of the line E of the RER to the west of Paris, to Nanterre then Mantes. -The beautiful.

"Our services were contacted by Lafarge at the start of 2021 after the observation of a red coloration, characteristic of the presence of oxidation, on the waste," Drieat told AFP.

These cuttings contain pyrite, a stone "which can oxidize in the presence of water and oxygen, which in particular creates sulphates, red-colored iron oxides, and sulfuric acid".

Pyrite is therefore not an inert waste (which does not produce any chemical reaction) and its presence in the quarry could create pollution of groundwater and a danger for the drinking water supply in the sector.

"The results of analyzes and studies ordered immediately from independent organizations clearly confirm the absence of short-term risks for the environment," reassured Lafarge, contacted by AFP.

The prefecture of Yvelines took a stop in April before imposing on August 3, 2021 the withdrawal within six months of this spoil.

This waste has been evacuated since October to a specialized site in Seine-Maritime to be rendered inert, said Lafarge.

"This evacuation will be completed before the end of the year," said the cement manufacturer.

"SNCF Réseau is now wondering about the chain of responsibility when this same land is currently deposited on several other sites operated by competitors of Lafarge-Holcim, sites on which this situation has not been observed", he added. she said in a press release.

In Île-de-France, the excavation and treatment of waste from various projects linked to Greater Paris provokes the discontent of many environmental associations or residents, who denounce the risks of pollution despite the supervision of the sorting of rubble.