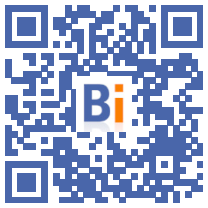 In its mission to observe the dynamics of renewable energies, EurObserv'ER offers an initial assessment of their share in gross final energy consumption for each of the Member States at the end of 2021.

According to initial estimates by EurObserv'ER, the share of renewable energies reached 22,45% of gross final energy consumption in the European Union in 2021. This figure shows a very slight increase of 0,36 points compared to compared to the level officially recorded a year earlier (22,09%). Overall, gross final renewable energy consumption in the European Union increased by 15,2 Mtoe between 2020 and 2021, rising from 209,6 to 224,8 Mtoe, i.e. a growth of 7,3% in absolute value. This increase is primarily due to an increase in the contribution of renewable electricity, which rose from 87,3 to 94,5 Mtoe (ie 8,2% better). 2021 was a particularly good year for solar photovoltaics: the increase in installed capacity, combined with very good sunshine in the main producing countries, made it possible to generate 13,6 Mtoe of energy during the year (+ 13,5% compared to 2020). For hydroelectricity and wind power, the calculation of normalized production from the point of view of climatic conditions indicates that an additional 3,1 Mtoe were produced compared to 2020 (+ 5%). For renewable heat, the contribution to the increase was less significant. According to EurObserv'ER, the gain in 2021 was 7,1% for production estimated at 112,02 Mtoe (compared to 104,6 Mtoe in 2020). Solid biomass alone accounts for 80% of the additional contribution of renewable heat (+6 Mtoe). The second contributor is the renewable heat produced from heat pumps with an additional 1,3 Mtep, confirming an increasingly important movement towards the electrification of heat needs in Europe.

Regarding the denominator, the total gross consumption of final energy (renewable or not) in the European Union increased significantly in 2021, rising from 948,9 to 1001,6 Mtoe (+ 5,6%). This strong growth was due in particular to a catch-up effect in economic activity compared to 2020, which had been marked by periods of very strict confinement in all the countries of the Union. This strong rebound in total gross final energy consumption has greatly contributed to erasing the impact of the additional 15,2 Mtoe produced from renewable sources on their relative share of renewables in European consumption.

The indicators calculated for 2021 and presented here are preliminary results. These data will be revised next December when the first official data from Eurostat will be published.