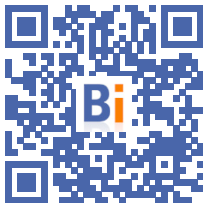 Turkish President Recep Tayyip Erdogan on Friday inaugurated a new opera house in central Istanbul which was built on the site of the Atatürk Cultural Center, the demolition of which moved secular fringes of civil society.

The inauguration of the new 2.040-seat opera house took place on the symbolic date of the 98th anniversary of the founding of the Turkish Republic by Mustafa Kemal Atatürk.

The Atatürk Cultural Center, located in Taksim Square, has had an eventful history. Opened in 1969, the Center was almost immediately destroyed by fire before it reopened in 1978. It then became the center of Istanbul's cultural life, but had to close in 2008 for restoration work which would never take place.

Mr Erdogan said when he launched the new project in 2017 that the new avant-garde building would breathe new life into Taksim Square, which had been the flagship gathering place for demonstrators protesting against the Islamic government. -conservative in 2013.

Opponents of the Atatürk Cultural Center demolition project deplored the destruction of a building they considered a symbol of the Republic and its values.

In May, President Erdogan inaugurated the first mosque in Taksim Square, enshrining a transformation of the urban landscape in the district.

Although Turkey is a predominantly Muslim country, construction of the mosque was criticized when it began in 2017, with some opponents accusing Erdogan of wanting to "Islamize" society.

The architect of the new opera house, Murat Tabanlioglu, is the son of Hayati Tabanlioglu, the architect who designed the building of the former Atatürk Cultural Center, a sign that the government is keen to show that it does not crowd not at the feet the past.

The modern glass facade of the new building is also similar to that of the old one.

The London Philharmonic Orchestra is due to perform at the new Center on Sunday, showing that Western music is on the program.