Equans, TF1-M6: Bouygues stays the course on its merger-acquisition operations despite their costs 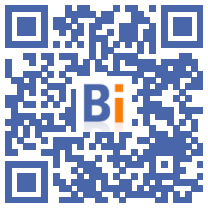 Bouygues, the French construction, telecoms and media group, indicated on Tuesday August 2 that it was maintaining the course and the timetable for its major merger and takeover operations in progress, despite their costs which weighed on the accounts for the first half.

This includes an exceptional charge of 44 million euros, mainly including legal and economist fees related to the two major structuring transactions in which it is involved: the acquisition of Equans from the Engie group, the largest takeover ever carried out by the group created in 1952, and the merger between TF1 and M6.

The merger-acquisition "it's a sport for the rich" commented the general manager Olivier Roussat by announcing during a telephone interview that the second half will still include "45 million euros" of exceptional costs: a third for the file TF1-M6, and two-thirds for Operation Equans.

On July 19, Bouygues obtained the green light from the European Commission to acquire Equans for 7,1 billion euros, subject to the sale of a Colas Rail Belgium subsidiary which risked holding a dominant position in Belgium. .

But on the same day, in the United Kingdom, the British competition authority CMA considered that the operation was likely to lead to a weakening of competition on an ongoing call for tenders for a high-speed line under construction.

On July 26, the group filed proposed remedies "on which the CMA should rule very soon" indicated Bouygues.

The completion of the takeover of Equans, bringing together technical services ranging from energy management in buildings to fire safety, including ventilation, air conditioning, heating and digital technology, announced on May 12, is still awaited in 2nd half of 2022, said Bouygues, saying he was "quite calm" about this projected schedule.

With regard to the proposed merger between TF1 and M6, the group hopes to convince the college of the competition authority on September 5 and 6 to reconsider the reservations expressed by its own investigation services considering that the operation raises significant competition concerns in the advertising market.

"We have a number of arguments to put forward" in particular to request that the relevant markets to be taken into account to gauge the competition are not confined to television alone, but also include the platforms "where advertising is in the process of be born," Roussat said.

"Netflix announced that it was putting advertising in its offer, this did not exist a year ago," he argued, also citing Amazon, which broadcast important matches from Roland Garros. "The world has changed," he said.

Overall for the whole of 2022, the group has confirmed its ambitions: it expects a "further increase in its turnover and its current operating profit", as well as the validation by the Science Based Target Initiative (SBTI) of its greenhouse gas emission reduction targets.

He raised his financial targets for his telecoms subsidiary, which has launched strategic partnerships with Ericsson or Nokia for 5G business networks.

In the first half, the group achieved total revenue of 1 billion euros, up 18,5% compared to 6.

Construction activity, driven by Colas and international sales, saw its sales increase by 7% to 13,7 billion euros, despite an 11% decline in Bouygues Immobilier. The turnover of TF1 increased by 5% to 1,18 billion euros, as well as that of Bouygues Telecom, to 3,63 billion euros.

Bouygues points out that the residential housing construction market is "undersupplier in France". “Overall, 500.000 housing units should be made, and we are making a little less than 300.000, there is a fairly significant need,” commented the group, which is asking for “incentive measures” in particular to transform offices into housing.