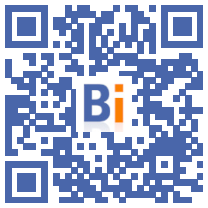 The government sent the social partners on Thursday evening the new draft decree toughening on October 1 the calculation of unemployment benefit, suspended by the Council of State, justifying it by the improvement of the employment situation, according to the text obtained by AFP.

The controversial new rules for calculating the amount of unemployment benefit, the flagship measure of the reform, were to come into force on July 1, but the Council of State had suspended them in June, arguing "uncertainties about the economic situation".

The court had been seized in summary by the unions, opposed from the start to this reform which they consider penalizing for job seekers. Their appeals must also be examined on the merits.

But, without waiting for this judgment on the merits, the government responds to the criticism of the Council of State by highlighting in its explanatory memorandum "the sharp rebound in employment since May", as illustrated by the fact that " at the end of June private salaried employment has already exceeded its pre-crisis level ".

Some unions, like the CGT and FO, have recently indicated that they are ready to attack the new text.

According to an assessment by Unédic carried out in the spring, up to 1,15 million people opening rights in the year following the entry into force of the reform would receive a lower monthly allowance (by 17% on average), with in at the same time an extended "theoretical duration of compensation" (14 months on average against 11 before the reform).

"The strong recovery observed in the labor market, associated with recruitment difficulties in particular in sectors using short contracts, call for no further delay in the implementation of the new rules for calculating unemployment benefits", concludes the government.

Emmanuel Macron again defended its implementation on Thursday. "We have to make sure that it is never more profitable not to work than to work," he said.

Decided in July 2019 in a then dynamic labor market, the reform was suspended in the light of the Covid-19 crisis, then amended.

The unions risk having a new cause of anger on December 1, date which should correspond to the entry into force of the toughening of the rules on the degression of benefits and on the duration of affiliation necessary to open or reload a right.

These are in fact linked to the observation of a "return to better fortune".

Concretely, the eligibility conditions will drop from 4 to 6 months when there is both a drop of "at least 130.000" job seekers registered with Pôle emploi in category A "over the last six months" and 2,7 million pre-employment declarations of more than one month over four consecutive months. All calculated from the month of April.

Based on the same criteria, the duration of compensation before application of the degression to job seekers whose allowance is greater than approximately 4.500 euros of gross monthly salary will be reduced from 8 to 6 months.

The period of observation of the behavior of companies for the "bonus-malus" on unemployment contributions in seven sectors that are large consumers of short contracts began on July 1, for application to contributions from September 2022.