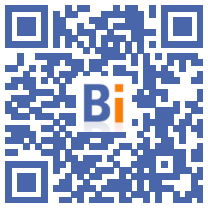 Enscape, a leading provider of real-time 3D rendering and visualization software for architects, interior designers and designers, presents Enscape 3.0. With a completely redesigned and highly intuitive user interface, designers can create renderings with just a few clicks, without any prior training.

Enscape's goal is to provide the ability to integrate highly realistic visualizations early in the design process. The thing that stands out in this tool is what is called "single source of truth": the users - whether they are architects, designers or interior designers - work directly in their office. Computer Aided Design (CAD) program for the realization of their 3D model. From the latter, the Enscape 3.0 plug-in generates the visualization with one click, with no intermediate steps or export or import of different file formats. All changes made in CAD software are instantly visible in Enscape 3.0.

“I particularly appreciate the use of Enscape for its ergonomics and its extreme ease of use. For the ambitious Biotope project in Lille for example, the renderings we created were perfect to represent what we thought was best for design. Enscape has been an absolutely essential tool in determining the decisions to be made during this project ”, testifies Olivier Riauté, architect-graphic designer and founder of the French agency KeurK Architecture.

More than a design tool - Enscape 3.0 is a working tool

Enscape is more than just a design tool. The plug-in simplifies the entire workflow, right from the first sketch.

“Making the building, but also everything that surrounds and composes it, including the furnishings, tangible before the whole thing becomes a reality, is what we make possible with Enscape 3.0. Our customers around the world are particularly enthusiastic about its simplicity and intuitiveness. Architects and designers can integrate architectural visualizations into their planning process and thus optimize the design process ”, emphasizes Christian Lang, CEO of Enscape.

A perfect interaction between the 3D model, the functions, the BIM data and the simulation: this is what Enscape allows. In BIM mode, information stored from the CAD model, such as product properties, dimensions or prices, is also displayed in the visualization. It is then possible to answer customers' questions directly, without having to go from the original model to the 3D representation.

Enscape can also display 2D orthographic views, such as floor plans, sections, and elevations, directly next to the 3D illustration. For customers and all teams involved in construction, the tool is often a great help in explaining the intent of the design. In Collaboration mode, all project stakeholders can position annotations directly in the visualization and thus communicate change requests. Visualizations can be exported not only as videos but also as photos, which offers considerable added value even for paper presentations. In White mode, the model is additionally displayed as a digital model in white tones.

Enscape also offers a wide range of photorealistic objects, such as people, furniture and plants, from different geographic regions, allowing for ultra-realistic representation in the plan and in the visualization. Custom objects can be stored in the resource library, a feature of particular interest to interior designers.

The new features of Enscape 3.0 at a glance:

The Enscape 3.0 plug-in is compatible with Autodesk Revit, Rhino, ArchiCAD, Vectorworks and SketchUp CAD software. With its affordable licensing price and ease of use, Enscape is suitable for small architectural firms as well as large offices.