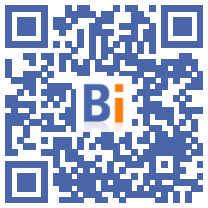 The Italian hydrocarbon giant ENI announced on Thursday the acquisition of the company Solar Konzept Greece (SKGR), which specializes in photovoltaic installations, thus marking its entry into the renewable energy market in Greece.

The Greek company is part of Solar Konzept International, controlled by Aquila Capital, a German sustainable investment company, ENI said in a statement, without specifying the amount of the transaction.

SKGR has a platform for the development of photovoltaic power plants in Greece and has a project pipeline of around 800 megawatts, "which will serve as the basis for the further development of ENI's renewable energy portfolio" in this country.

ENI's gas and electricity subsidiary has been present on the Greek energy market since 2000 and has approximately 500.000 customers.

The Italian group announced in April the merger between its retail gas and electricity sales and renewable energy branches. He wants to IPO this year up to 30% of the capital of this new company, which will soon be called Plenitude.