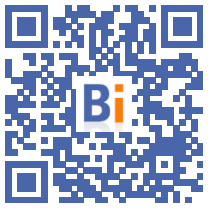 Engie, ex-GDF-Suez, unveiled a strategy emphasizing renewable energies, a promising area in which the French energy giant intends to accelerate with large investments, while maintaining the distribution of natural gas.

"Today we are really at a pivotal moment for the world of energy, with formidable opportunities that Engie can and above all will seize", assured during a press conference the general manager Catherine MacGregor, who has took up her post at the start of the year after Isabelle Kocher was ousted.

"The competition is there, it is moving, it is evolving. And we must take important measures to be able to seize these opportunities", argued the leader.

The group is unveiling these new objectives at a time when major competitors from the oil industry, such as BP, Shell or Total, are also starting to invest heavily in wind and solar power.

Engie also wants to develop a production capacity of green hydrogen, that is to say produced from non-fossil energies, of 4 GW by 2030.

The group announced in passing to commit to a "net zero carbon" objective by 2045 on all "scopes", that is to say by also taking into account the indirect effects of its activity.

The NGO Reclaim Finance, however, ruled that "Engie does not intend to align itself on a trajectory (of limiting global warming to) 1,5 ° C" and criticizes the absence of details.

It criticizes in particular its "dependence" on liquefied natural gas (LNG).

On the other hand, the group confirms its intention to separate in the long term from a good part of its service activities, renamed "Bright".

"The establishment of an independent management of + Bright + within Engie on July 1, 2021 is a priority", he reaffirms.

This concerns the activities of electrical installations, heating, ventilation and air conditioning as well as information and communication services. The scope represents 12 to 13 billion euros and 74.000 employees.

At this stage, the terms of a possible sale or an IPO have not been detailed. "Bright's exit options remain open," MacGregor said.

The former GDF Suez has embarked on a profound transformation for several years and wants to be a champion of the energy transition. The group, which had accumulated multiple trades, also seeks to be simpler and more readable.

He pledged in February to phase out coal, which is highly polluting and emits carbon, in Europe by 2025 and in the world by 2027.

Engie clarified on Tuesday what is planned for its 10 plants: 4 closures, 4 conversions to gas or biomass and 2 disposals.

Solutions "far from satisfactory" for Reclaim Finance, which calls for closures.

The group has also already announced the gradual phase-out of nuclear power in Belgium, where it operates seven reactors. He plans to start with the closure of Doel 3 in October 2022 then that of Tihange 2 in February 2023, he detailed.

In addition to these long-awaited strategic announcements, Engie also published Tuesday results up for the first quarter and confirmed its annual objectives.