Engie begins construction of its hydrogen project in Australia 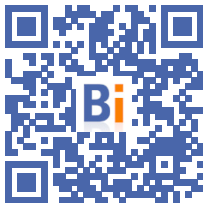 The French gas group Engie announced Friday, September 16 the start of construction of an electrolyser in Australia, associated with a photovoltaic park intended to produce green hydrogen on behalf of an Australian ammonia plant belonging to the manufacturer of Norwegian Yara fertilizer.

It aims to produce 640 tonnes of green hydrogen each year, starting in 2025, which will be entirely used by the Yara plant in Karratha, thus decarbonized.

More broadly, the project also aims to "allow the development of a green hydrogen hub that will serve local and export markets, says Engie.

The French group Technip Energies also announced on Friday that it had won an "engineering, supply of equipment, construction and commissioning" contract on the project, in consortium with the Australian Monford Group.

Technip Energies will work on the electrolysis plant and Monford Group on the photovoltaic park.

Construction will start in November 2022 with commissioning scheduled for the end of 2024.

Mitsui owns 28% of the shares of the Yuri project joint venture, 72% being held by Engie, which is the integrator of the whole.

The project will "share knowledge and experience" and "accelerate the development of the hydrogen industry in Australia" while "demonstrating the possibilities of integrating electrolyzers into ammonia production sites “, says Engie.

In total, Engie has announced a global hydrogen production capacity target of the equivalent of 4 GW per year by 2030.