Energy sobriety: launch of the “Digital and Telecommunications” working group 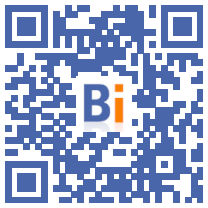 As part of the "energy sobriety" Plan, the Minister for Energy Transition, Agnès Pannier-Runacher, and the Minister Delegate for the Digital Transition and Telecommunications, Jean-Noël Barrot, brought together representatives of the sector on Thursday July 28 for the first meeting of the "Digital and telecommunications" working group.

Last month, the Prime Minister, Elisabeth Borne, and the Minister for Energy Transition, Agnès Pannier-Runacher, announced the launch of thematic working groups on energy sobriety. With one objective: to reduce our energy consumption by 10% in two years to, in the short term, guarantee our security of supply in the context of the war in Ukraine and, in the longer term, to get France out of fossil fuels. Objectives confirmed by the President of the Republic in his speech on July 14th.

The commitments of digital and telecommunications players

This first meeting of the “Digital and telecommunications” working group enabled the ministers to reiterate their desire for ambitious action. Were represented: the Strategic Committee for the “Digital Infrastructures” sector, the French Telecoms Federation and in particular the four main telecommunications operators, representatives of the French Tech ecosystem, France Digitale, Numeum and Start Industrie.

Collectively, these actors undertake, with the staff representative bodies, to make the legal obligations better known and applied, mirroring the Prime Minister's request for exemplary behavior from the administration, in terms of lighting of the premises. of commerce (turned off at 1 a.m. at the latest or 1 hour after the end of the activity) and the setpoint temperatures of the buildings (implement the means to lower the temperature and not exceed a maximum of 19°C to optimize energy consumption). The possibility of organizing work to limit energy consumption, including teleworking, will also be explored.

The participants also expressed their desire to share and amplify good practices, in particular on the most recent technological developments which make it possible to reduce the energy footprint of certain activities.

For example, the energy consumption of fixed lines has been divided by three with the transition to fiber. In addition, despite ever-increasing mobile use, the switch to 5G, in very dense areas, will lead to an improvement in energy efficiency by a factor of 10 compared to 4G, and by a factor of 50 compared to to 3G[1]. Finally, the introduction of electronic invoicing or the development of reconditioning channels and the extension of the lifespan of terminals are all practices mentioned by the representatives present today.

Beyond that, the digital sector is a tool at the service of energy efficiency. For example, in the building sector, a simple boiler programmer can reduce energy consumption by 10%, technical building management tools by 30%.

Digital tools also facilitate the decarbonisation of energy, for example in the management of intermittent renewable energies.

The sector is also considering the use of sensors already installed for other uses, so that they can monitor and control energy consumption in buildings. This can instantly reduce consumption by 10 to 15%.

In this sense, French Tech's calls for projects, and in particular the Green20 program, support breakthrough innovations in favor of the ecological and energy transition.

A consultation method to identify priority measures specific to each sector

All the players present confirmed their desire to reduce energy consumption by 10% within two years. To achieve this, work will continue by distinguishing players with technical infrastructure from players in the digital economy, to take into account each of their specificities.

Players with technical infrastructure (telecommunications operators and startups in the industry) will, for example, study the implementation of measures to optimize the energy consumption of mobile networks;

The actors of the digital economy (in particular the Next40 and the French Tech capitals) will reflect on establishing their carbon footprint, specifying their net zero commitments and initiating an impact measurement process. They will also work to identify initiatives for the technical architecture of websites for commercial use so that their design is as light as possible in terms of data.

Ministers will continue this work with the “Digital and telecommunications” group, alongside experts. An action plan of simple and operational measures will be shared at the end of September.

Agnès Pannier-Runacher, Minister for Energy Transition, said: “To make energy sobriety a reality, we must bet on digital and connected systems. These are all tools to better manage our energy consumption. We must collectively rely on the expertise and capacity for innovation of digital players, while supporting them in accelerating their own decarbonization roadmap. »

Jean-Noël Barrot, Minister Delegate in charge of the Digital Transition and Telecommunications, declared: “I welcome the commitments made by digital and telecommunications players in response to the call for energy sobriety. The consultation initiated today is the first step in a collective ambition that we want to carry with Bruno Le Maire. It is thanks to everyone's contribution that we will respond to the climate emergency. As of September, new measures will be presented to reduce the sector's energy consumption. »