Energy renovation: speeding up the construction of condominiums 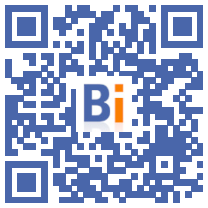 "We halved our heating bills, it's a success on all floors": thanks to the thermal renovation of his building in Paris, carried out thanks to the city's aid schemes, Jean-Gérard Robichez is a happy co-owner.

Latest generation gas boiler, new insulation, renewal of the ventilation: the heavy renovation work has already brought its first results, one year after the end of the project.

"We wanted to redo the facelift, but we took the opportunity to carry out a thermal renovation", says Jean-Jacques Lauriaux, the president of the union council of the residence. "Result, we consume 60% less energy and the energy performance of the building has gone from E to B".

Government ambition, with funding that has increased slightly in the 2023 draft budget, energy renovation is also a priority for the town hall of Paris, which has 47.000 condominiums.

The city's objective: to renovate 25.000 additional dwellings by the end of the term, by multiplying by three, to the tune of 58 million euros, the budgets allocated compared to the first edition in 2016.

Between a scorching summer and a context of soaring energy prices caused by the war in Ukraine, "we were overtaken by a reality that some thought reserved for other distant countries", judge Fatoumata Koné, president of the Paris Climate Agency (APC) and elected ecologist to the Council of Paris.

At the end of August 2022, the APC had already received more requests for new condominiums than in the whole of 2021.

In his co-ownership, Mr. Robichez speaks of a consultation "lasting several months" between members of the union council, but of the "rather simple" debates.

"We explained a lot during our meetings the need to renovate in depth the 80 apartments of the residence", describes the co-owner, in his fifties, in front of the renovated facade of his residential tower.

"We regret nothing: with this new insulation, last winter, we were less cold, and this summer, we were not crushed by the heat".

On the financing side, the condominium was able to benefit from the Eco-rénovons Paris scheme, which encourages private Parisian condominiums to energy-efficiently renovate their building.

"50% of the total cost of 1,6 million euros for the condominium was financed by this aid and our properties took 10 to 15% of real estate value", rejoices Jean-Gérard Robichez, estimating the rest to be borne by owner at 20.000 euros on average.

But in some condominiums, the debates are often longer, with owners more reluctant to commit large sums, or less aware of existing aid.

"Between the return on investment, of several decades and the fear of nuisance related to the works, co-owners still find reasons to block projects", analyzes Florence Lievyn, public affairs manager of Sonergia, specialist in energy renovation .

The city of Paris announces public meetings in all the arrondissements in the fall to convince co-owners to get started.

Nationwide, condominiums represent 28% of buildings and the State is stepping up initiatives to speed up their renovation, which is essential to meet France's climate objectives.

Homeowners are now obliged to carry out an energy performance diagnosis (DPE) if they wish to put them up for sale or for rent.

For the most energy-intensive (labeled F and G), it has already been prohibited, since August 24, to increase rents. From 2023, outright bans on renting will gradually hit the "thermal strainers".

Anah's flagship scheme, MaPrimeRénov' Copropriétés, was launched in July 2021 and makes it possible to subsidize 25% of the amount of the work, provided that the energy performance gains are substantial (35% at least).

Insufficient measures according to some specialists in the sector.

“Aids for condominiums are too low,” regrets Manuel Domergue to AFP, director of studies at the Abbé Pierre Foundation. "The state should be much more ambitious to give real long-term prospects, at the dawn of a critical winter".