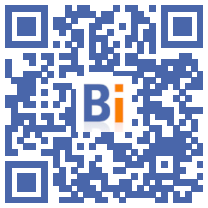 While the government announced on July 28 a 25% increase in the EWC obligation in the fifth period, several professionals in the sector such as Hellio, Effy or Teskal say they are satisfied but also expect more framework measures from the State. .

The Minister for Energy Transition, Agnès Pannier-Runacher and the Minister Delegate for Cities and Housing, Olivier Klein, launched the "Housing" working group a few days ago, which brings together private and public housing stakeholders to contribute to the major Energy Sobriety Plan announced by the President of the Republic on July 14.

On this occasion, a reinforcement of the Energy Savings Certificates (ESC) system was announced, to the tune of 4,8 billion euros. It involves a 25% increase in the level of the CEE obligation and immediately extends the “heating boost” to collective housing to use virtuous heating devices (heating networks, heat pumps, biomass boilers). A call for programs of 150 million euros has been launched to specifically help families in vulnerable situations in their energy saving work.

Effy, who has been calling for many months for an increase in the level of the EEC obligation, welcomes this first step which will quickly have to call for others to stimulate a real dynamic of recovery in demand for energy renovation work.

For 18 months, CEE premiums (Energy Savings Certificates) have been falling. In particular those that encourage insulation work and those intended for very modest households (which have been divided by almost 3 in less than a year).

The drop in these aids for energy renovation work comes at the worst possible time. While inflation is increasingly weakening the purchasing power of the French, the rise in energy prices is becoming unsustainable for the most modest families.

However, these CEE bonuses have long proven their effectiveness in encouraging the launch of energy saving work, without weighing on public finances.

This is the main lever for energy and fuel suppliers to fulfill the energy saving obligations that the State imposes on them. Logic is mathematics. By raising these levels, more work has to be done and for this, the suppliers increase the bonuses to trigger some.

If the State pilots the system, the EEC financing is therefore provided by private companies.

An increase in the energy savings obligation had been expected for more than 6 months by craftsmen and companies in the sector. The government is responding to this by increasing the level of obligation by 25% for the period 2022-25.

For Frédéric Utzmann, President of the Effy group: “Sobriety cannot be limited to turning off the light, washing your clothes at night or closing the door when you have air conditioning… it must go beyond that. It is necessary to be able to finance substantive and profitable actions such as energy saving work! The device unveiled today by the government is a step in the right direction, and we will know, in a few weeks, if it is ambitious enough because France has fallen behind for a year. »

Effy strongly regrets that there is no provision for a framework for the prices of the CEE. An expected and necessary initiative to give more stability to the amount of premiums from which households benefit, more visibility for all those involved in energy renovation and less volatility for the obligated parties who finance the system... A missed opportunity for the government which would have finally been able to clarify at what level he wishes to stabilize prices.

These announcements are therefore, in our view, a first step which is a step in the right direction, but which must quickly call for others if it does not quickly prove to be sufficient for the market to restart.

Faced with the slowdown observed in the first half of 2022 in energy renovation work aided by Energy Savings Certificates (CEE), TEKSIAL takes note of the announcement made by the Government on the occasion of the launch of the "Housing of the “Energy Sobriety” Plan, on July 27, 2022, to increase the volume of obligations for the 5th period. The purpose of this increase is to push up the prices of the ESCs and thus to relaunch the sector. An increase which would go beyond the technical surplus observed at the end of the 4th period and which should be put into perspective with the “energy sobriety” plan aimed at reducing energy consumption by 10% over the next two years. Increase to also be compared with the new European objective of 36% reduction in consumption by 2030.

TEKSIAL, a player dedicated for more than 35 years to support in controlling energy consumption, efficiency and energy renovation, closely follows developments in the CEE market. TEKSIAL welcomes the Ministry's announcement of a “significant strengthening” of CEEs, with “a 25% increase in the level of CEE obligations”, ie around 600 TWhc. This announcement had been awaited for several months by players in the energy efficiency market in a context of chaotic transition between the 4th (2018-2021) and the 5th period of the CEE (2022-2025).

Since 2021, a surplus of CEE had been anticipated at the end of the 4th period, for which the obligation was set at 2.133 TWhc. Several variables explain this overproduction, which would be estimated at around 400 TWhc, or around 16% of the total obligation for the 5th EEC period. Among the explanations, we find the oversizing of certain boosts which, although necessary in particular for households in a situation of energy poverty, led to a bubble similar to that of photovoltaics in the early 2000s.

The increase in the obligation, as announced on July 27, 2022 by the Ministry of Energy Transition, would thus make it possible to fill this surplus production, which TEKSIAL welcomes, but also probably to revalue certain aid, in particular for the most precarious who had hitherto been penalized. TEKSIAL hopes that the sector will be able to regain a level that will allow it to expand renovation and energy efficiency projects. The market must today be guided by a real compass to achieve the French ambitions of sobriety and this in the critical conditions that we have been experiencing for several months: energy crisis, crisis of materials and transport in the construction sector, work projects French people put on stand-by.

The Fit-for-55 is a set of texts of the utmost importance. Last June, the Council of the European Union adopted new general guidelines, including a reduction of at least 36% in final European energy consumption by 2030. From this new high objective, initially set at 32,5, XNUMX%, will result from the revisions of European directives which themselves will result in new texts for each Member State. It is also probably in this context that the public authorities wished to reconsider the levels of obligation of the ESCs, a mechanism which fully contributes to the reduction of carbon emissions.

Hellio, a key player in energy management, which has been campaigning in favor of a doubling of the bond volume for several months, welcomes this decision and hopes that this increase in the level of the bond will make it possible to relaunch energy renovation. in all sectors:

For Pierre Maillard, CEO of Hellio: “We welcome the increase in the CEE obligation by 25% and in particular that it is also intended for the private and public tertiary, industrial, agricultural and transport sectors that we support on a daily basis. The Energy Savings Certificates system is a virtuous system for all links in the building chain, essential at a time when France is undergoing an unprecedented rise in energy prices, with, in sight, a tension energy. Our desire will always remain to support our customers in achieving real energy savings with the assumption of responsibility by players, such as Hellio. Condition without which, the energy transition will only take place in small steps. »

For the Association of Cellulose Wadding Manufacturers

For Charles Kirié, President of ECIMA who launched the alert last February, followed by the major players in the insulation sector: “This announcement is excellent news and has been awaited for several months by players in the insulation sector. The increase in KWhp production will make it possible to relaunch a market that has been in difficulty since the end of the Coup de Pouce offer. We are not letting up the pressure, however, because there is a real energy issue that must be taken into account. The overall renovation work must include insulation work in the attic, using materials with high thermal inertia. We also want to always limit the yoyo effect by annualizing the objectives of the obligors (currently set over 3 or 4 years). This would preserve companies in the insulation sector. »