Energy renovation: NGOs call on the State and banks to invest 28 billion euros per year 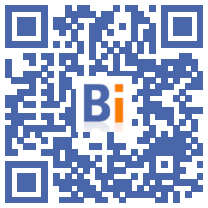 A coalition of organizations including several environmental protection NGOs calls on the French state and banks to invest 28 billion euros per year to accelerate the energy renovation of housing and achieve carbon neutrality by 2050.

"An increase in public investment and zero-interest loans guaranteed by the ECB (European Central Bank, editor's note) for a total amount of 28 billion euros per year" would allow France to "meet its objectives" in terms of reduction in greenhouse gas emissions, said the Unlock coalition in a press release published on Monday. This brings together organizations in France such as Agir pour le climat, Reclaim Finance, and the Abbé Pierre Foundation.

The objectives of carbon neutrality in the building "require the efficient renovation of 700.000 housing units per year until 2050", according to Unlock which underlines that France is "very late".

To achieve its objectives, France should reallocate, according to Unlock, these 5 billion euros of aid "only to efficient energy renovations" and the investment should be increased to 28 billion euros per year thanks to "public subsidies " and "zero interest rate loans guaranteed by the ECB".

On November 1, the deputies had adopted, against the opinion of the government, an amendment adding to the draft budget 2023 some 12 billion credits for the energy renovation of buildings. However, this amendment was discarded in the final version of the text.

According to estimates by the Institute for Climate Economics (I4CE), all investments, public and private combined, for the renovation of buildings in 2021 reached 19,9 billion euros.

These investments are crucial for meeting France's climate commitments, with buildings and their use accounting for more than a quarter of its emissions.

The Unlock coalition calls for an overhaul of the financing of energy renovation of housing through the joint action of the State, the ECB and commercial banks

The current financing systems do not encourage households to engage in efficient renovations: only 45.000 homes undergo BBC renovation each year.

To achieve carbon neutrality in 2050, France should renovate 700.000 homes in an efficient way every year. The pace of global renovations must therefore be multiplied by more than fifteen.

The Unlock campaign is asking for public subsidies and interest-free loans guaranteed by the ECB of up to 28 billion euros per year for France to achieve its objectives. The campaign pleads for full coverage of the works for the most precarious families.

According to the estimates of the Unlock campaign, an efficient renovation would allow a household to save an average of 760 euros per year on its energy bills if it lives in an apartment, 1.250 euros if it lives in a house.

France could save the equivalent of the carbon emissions of the whole country for a year and a half if the BBC housing renovation targets were met until 2050.

With the global energy crisis and increasingly extreme temperatures, millions of French households fear they will no longer be able to pay their bills and worry about their future. However, France is very behind on its objectives of carbon neutrality in the building industry, which require the efficient renovation of 700.000 housing units per year until 2050.

However, thanks to a reallocation of the 5 billion euros of aid to efficient energy renovations alone, to an increase in public investment and to zero-interest loans guaranteed by the ECB for a total amount of 28 billion euros per year, France could meet its targets.

Unlock estimates that France would thus save over the next thirty years the equivalent of all of its greenhouse gas emissions over a year and a half. At the level of each household, it is the equivalent of a return flight between Paris and San Francisco every year.

The Unlock campaign, which brings together in France Agir pour le climat, Reclaim Finance, the Rousseau Institute, the négaWatt Association and Institute, the Shift Project, Dorémi, the Abbé Pierre Foundation, the CLER-Réseau pour la transition, the Veblen Institute, calls for an increase in public subsidies, full support for the most precarious households and the granting of zero-interest loans guaranteed by the ECB so that France is able to renovate 700.000 housing units per year and to achieving its carbon neutrality goal.

The campaign calls on the government, the European Central Bank and French commercial banks to work together to deliver the 28 billion euros of funding needed each year for the energy efficient renovations of our homes.

For Lucas Chabalier, advocacy manager at Agir pour le climat and in charge of partnership and strategy for the Unlock France campaign: “Because our leaders have not given themselves the means to meet their energy renovation objectives over the past 15 years, they are now forced to spend billions to protect us against rising energy prices. . In order to no longer be cornered into this wasteful spending tomorrow, the government must finally initiate a plan to transform our housing stock. It would be a founding project. »

For Paul Schreiber, Regulatory and Central Banking Officer at Reclaim Finance: “Anger is mounting at the skyrocketing cost of living. If the State is in the first line to respond to it, it is the role of the ECB to control inflation within the Euro zone. To help reduce energy demand and European bills, the Central Bank can launch a financing facility allowing citizens to access zero-interest loans to finance housing renovation. Faced with the crisis, it is time for its leaders - including the Governor of the Banque de France - to take up their responsibilities. »

How will this work?

The average cost of a high-performance renovation is 53.800 euros for individual housing and 19.700 euros for collective housing. The most modest owners would be offered full support. Less vulnerable households would have access to a combination of grants and interest-free loans, on a sliding scale depending on their income.

This requires subsidies of around 13 billion euros per year. After having reallocated the existing bonuses, the reduced VAT rate and the tax credits linked to the ecoPTZ (zero rate loan for energy renovation work), i.e. around 5 billion euros in annual expenditure, the public authorities French should invest an additional 8 billion euros per year. This sum represents approximately 10% of the annual national education budget. The State must also ensure that the 2 billion euros spent each year under the system of energy saving certificates (EEC) for housing are devoted to efficient renovations.

The campaign is calling on the ECB to offer commercial banks green discount rates for renovation loans to encourage these loans and reduce the cost of borrowing for households. Banks would be required to pass on the benefits of the green discount rate to consumers in the form of interest-free loans, to be repaid over a period of up to 30 years.

An annual increase of 13 billion in banks' outstandings to finance efficient renovation of housing would correspond to a very modest expansion of the ECB's balance sheet in view of the 450 billion euros of TLTROs (targeted long-term refinancing operations) committed in 3 months during the Covid crisis.

These measures would allow households living in individual dwellings to save an average of 1.250 euros per year, 760 euros for those living in collective dwellings, based on average energy prices between 2013 and 2021.

More than 12 million people, or 20% of French households, are currently in a situation of fuel poverty. The rise in energy prices, which is set to last, is likely to worsen these figures.