End of the conflict in Grenoble between communities and poorly housed 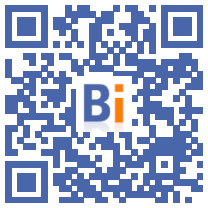 Several dozen homeless and poorly housed people who had occupied empty apartments in Grenoble since December will be relocated after an agreement with the city, we learned Thursday from the collective that accompanies them.

"The 54 occupants will be leaving the premises on Friday afternoon, some towards quality transitional housing, before lasting rehousing solutions", Raphaël Beth told AFP, activist of the Right to Housing 38 (DAL) collective.

"Those who were requesting a transfer will receive a social housing offer. We have received sufficient guarantees from the city of Grenoble. We are reassured," said the activist.

For his part, Nicolas Beron-Perez, municipal and community councilor PCF delegate for housing, was delighted that a "positive outcome" could be found with the association and the occupants.

"We are going to shelter these homeless people in an apartment hotel and then try to assert their right to sustainable housing, which is the responsibility of the State, thanks to social support," said Yann Mongaburu, municipal councilor Génération .s delegate for transitional town planning.

The occupants had invested on December 9 a building promised to the rehabilitation of the district of the Abbey, located to the east of the Alpine capital, to demand “dignified and stable” rehousing.

After having obtained that there is no eviction, they refused to be redirected to the vacant places of the winter accommodation system, deeming this proposal "degrading".

Since then, the conflict had stalled, activists accusing the social landlord to whom the building belonged of having cut off the building's electricity, water and collective heating after the entry of the occupants and their support for them. dislodge.

A new step, judicial this time, however awaits the DAL38 and the future ex-occupants, who are being sued by the Local Public Land Establishment (EPFL), to which the building was to be sold on January 1. The hearing will take place on May 5.