End of the 1 euro attic insulation offers in July 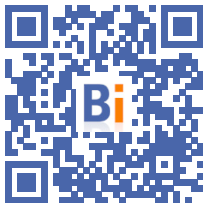 The offers for insulation of the attic "for one euro" as well as aid for the installation of "high performance gas boilers" and "high performance electric heaters" will end on July 1, the Ministry of Ecological Transition announced on Friday.

On the other hand, "the subsidies for the replacement of heating with fossil fuels (fuel oil and gas) by renewable energies" and those "for the efficient renovation of housing are extended until 2025", specified the ministry in a press release. .

The "'boost' for the insulation of the attic will be reduced on July 1, in order in particular to put an end to the 'offers at 1 EUR', which despite their benefits in terms of massification of energy renovation have shown their limits", he clarified.

Insulation for 1 euro of attics or floors is a commercial offer offered by companies that have signed a charter with the ministry in charge of ecology.

In July, the Directorate General for Competition, Consumption and Fraud Control (DGCCRF) called on individuals to be vigilant in the face of offers of this type accompanied by fraud and massive and aggressive telephone canvassing campaigns.

With the objective of "letting the market gradually move towards more ambitious renovations", the government has planned to maintain "a boost in the 'insulation of attics and floors'" for work undertaken before June 30, 2022 with "Significant support for these operations but by putting an end to the 'offers at 1 EUR'", indicates the ministry.

These changes were decided in the framework of discussions in anticipation of the next period of energy saving certificates (EEC) (2022-2025), one of the main instruments of the policy for controlling energy demand and which today represent hui, according to the ministry, of the order of 4 billion euros of incentive to energy savings each year.

The EWC system is based on an obligation to achieve energy savings imposed by the public authorities on energy sellers - such as EDF, Engie, Total etc. - called the "obliged".

A decree defining the main bonuses was published on Friday.