End of special regimes: "provocation", "irresponsible" decision for the unions of electricians and the RATP 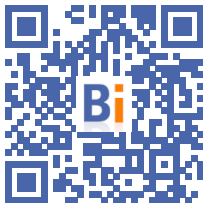 Several unions of the RATP, electricians and gas workers strongly denounced Tuesday, November 15 the announcement by the government of the end of the special regimes for the new agents of these sectors, a "provocation" and an "irresponsible" decision according to them .

As the second round of consultation on pension reform opened on Tuesday, the Minister of Labor Olivier Dussopt indicated that the special regimes of the RATP as well as the electricity and gas industries would be affected by the reform. Their special regime will thus be closed to new agents, according to the principle of the "grandfather clause", as at the SNCF.

“It is irresponsible on the part of the government to consider attacking special regimes after the unprecedented mobilization that we have experienced in recent weeks!”, reacted Amélie Henri, national secretary CFE-Unsa energies for EDF, second trade union in the electricity and gas industry sector.

"The priority is that employees can concentrate on the production tool and the restarting of units (of nuclear power plants, editor's note) to ensure the passage of winter", she added, regretting that the government is focuses on plans which, "incidentally, are not loss-making".

"Today, it is inadmissible to touch this issue of pension plans, especially in a period when we must rather focus on the choices of energy sovereignty, on the question of purchasing power", reacted for his part Julien Lambert, federal secretary of the FNME-CGT.

"If we attack our regimes, like all the special regimes, it is very clear that the electricians and gas workers will not let it pass without mobilization, and the CGT will largely support them", added his colleague from the CGT, Fabrice Coudour.

On the RATP side, where drivers retire on average at 57 years and 9 months, Bertrand Hammache, general secretary of the CGT-RATP, sees it "above all a new provocation" on the part of the executive.

"With all the constraints of the public service that we know and which are not compensated by a lowering of the retirement age, we are not ready to solve the problem of employment at the RATP", has he estimated, while Parisian public transport is facing a shortage of drivers.

“This government is a government of social pirates”, insisted Arole Lamasse, secretary general of Unsa-RATP, which provides in the event of a complete overhaul of their special regime an “unprecedented mobilization”.

The attractiveness of the trades is undermined by these decisions, also believe the unions of energy employees, while massive recruitment is necessary to revive the nuclear industry and build new reactors.