In North Africa, solar energy is struggling to shine 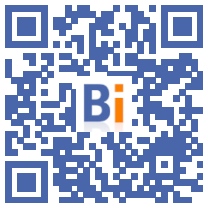 Enjoying sunshine all year round, North Africa has enormous potential in solar energy, but the considerable investments and public support needed for large projects pose a challenge for regional governments. short of money.

While they pride themselves on hosting some of the largest photovoltaic projects in the world, countries in the region would do better to focus on smaller projects with more tangible results, say entrepreneurs specializing in this field.

The most populous Arab country with some 102 million inhabitants, Egypt has set a target of reaching 42% of its electricity from renewable energies by 2035.

The Benban solar park is the perfect embodiment of this new Egyptian ambition. Installed in a desert area so vast that it is visible from space, this colossal installation, six million solar panels over 37 square kilometers, was born from a project of 4 billion dollars (3,4 billion euros ) partially funded by the World Bank.

However, the production of this solar park inaugurated in 2019 can light only 420.000 Egyptian homes, according to the United Nations. And in 2016, only 9% of the country's electricity came from renewable energies, according to the most recent official figures.

Thus, if the authorities hope to accelerate the pace, they will have to put in place incentives for consumers who often do not have the material means to switch to solar energy, believes green economy researcher Mohamed Abdel Raouf.

If he considers rural Egypt and the tourist complexes of the Mediterranean coasts and the Red Sea conducive to the expansion of photovoltaics, the researcher assures that installing solar panels in Cairo may prove to be delicate "because it A lot of space is needed "at the top of buildings in particular, a real challenge for a city as densely populated as the Egyptian capital, which is home to about a fifth of the Egyptian population.

In addition, solar panels would not be able to cover certain energy-intensive needs of the megalopolis such as "supplying air conditioners during the summer", specifies the specialist in the Middle East.

For each Cairo household, Mr. Raouf estimates the cost of switching to solar energy at around 60.000 Egyptian pounds (3.350 euros). “Why would we invest in an environmentally friendly technology that is expensive?” He asks.

"The state must take the initiative to make (this operation) attractive," he said.

Over the past decade, North Africa has increased its renewable energy production by 40%, according to data from the International Energy Agency (IEA), but dependence on fossil fuels remains entrenched.

A large gas and oil country, Algeria enjoys 3.600 hours of sunshine per year. However, renewable energies only represent 1,8% of the country's energy consumption.

Among the pioneers of green energy in the region, Morocco is proud of its Noor Ouarzazate plant, one of the largest solar complexes in the world, at the gateway to the Sahara, in the south of the country. But its management is done at a loss.

"From the start, it was clear that the strategy was unbalanced. The mistake (...) is to have wanted to invest in monstrous projects which are difficult to finance," the master's expert told AFP. energy Saïd Guemra.

For Ahmed Zahran, CEO of the Egyptian start-up Karm Solar, it is time to change the business model of selling energy to the State, based as in Benban on public-private partnerships.

"Companies are focused on selling electricity to their buyer (editor's note: the State)" and are not really interested in "contributing to the infrastructures of the countries in which they operate", he judges.

The first private company to obtain a license to distribute solar electricity in Egypt, Karm Solar designs solar-powered buildings and water pumping systems to provide villages with access to water and electricity without needing to use the national grid or fossil fuels.

On its website, Karm Solar is proud of having made it possible to avoid the consumption of 2,3 million liters of diesel and the production of 10.000 tonnes of carbon dioxide per year in particular.