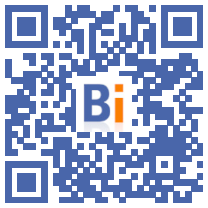 The German trade fairs are back after two years of postponement! ELCIA will be present at FENSTERBAU FRONTALE to unveil the German version of MyPricer, its 100% web-based costing and ordering solution. A new important step in its objective of becoming the European leader in specialized carpentry, awning and closing costing solutions within 1 years.

For Johannes SALM, Business Developer Germany: “Each market has its own needs and particularities. Our strategy is to perfectly adapt MyPricer to the specificities of each country, today Germany, tomorrow many others. We are taking a step forward with MyPricer Germany version and we look forward to the resumption of trade shows to present its new features. See you at FENSTERBAU! »

The novelty to discover at FENSTERBAU 2022: The German version of MyPricer, the 100% web-based costing and ordering solution

Much more than a simple translation from French into German, MyPricer has been redesigned to give birth to a new version fully adapted to the specificities and needs of the German Joinery, Blinds and Closing market. The objective: to have a new product specifically designed and intended for use in Germany! 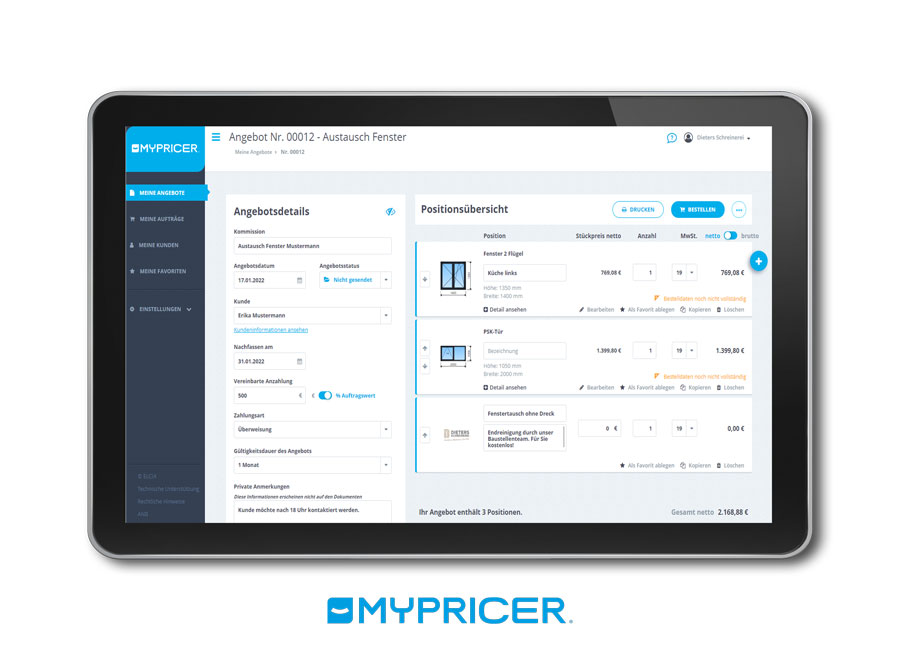 Priority to relevant and essential fields

Like the mentions RGE or QUALIBAT or the SIREN numbers, essential on the French market but which do not exist in Germany, only the relevant and useful fields for the use of German professionals have been kept.

The addition of legal mentions of the country

Like the customizable fields, the legal notices that must appear on the documents provided by a German Joinery, Store, Closing company have been revised. Thus, the document templates published with MyPricer Germany version (quote, order) have been redesigned to automatically comply with German legislation.

The MyPricer Germany interface has benefited from recent changes to the French version for better ergonomics and greater ease of use.

The +: a German-speaking team available

In addition to technological innovations, the ELCIA Group also relies on a German-speaking International team involved in sales, marketing, integration and customer support. For this, a liaison office has been created in Saarbrücken in order to establish a point of contact with customers and partners.