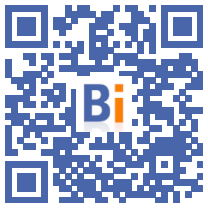 As part of the modernization work on the ADRIA Tower, renamed the HOPEN Tower, in the business district of Paris - La Défense (92), Eiffage Construction has just installed a crane whose jib reaches 222 meters. 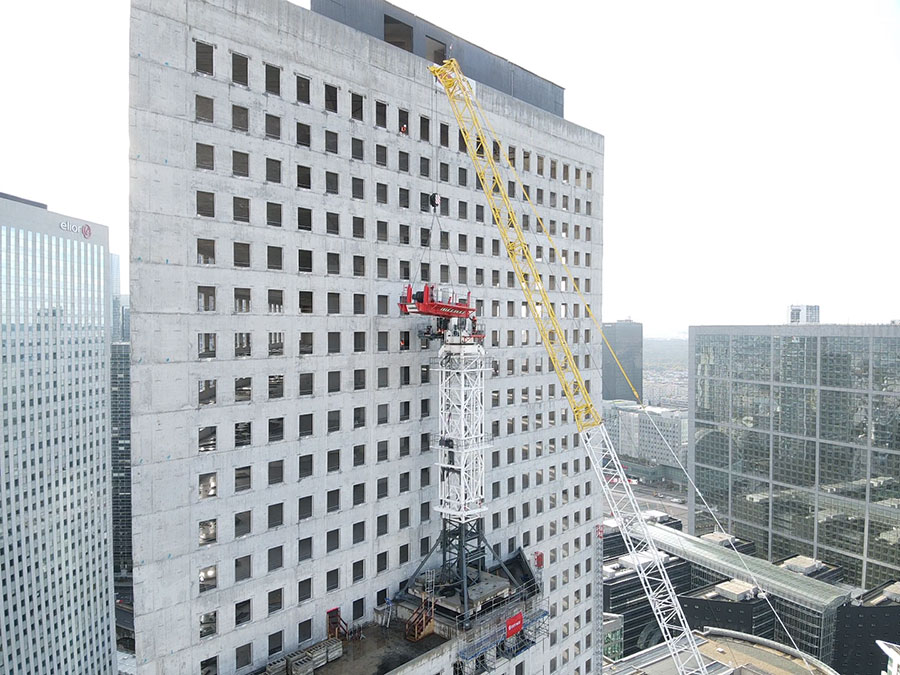 This was installed on the terrace of the 26th floor of the Tower using a 750-tonne mobile crane equipped with an 84-metre variable boom, which was itself put in place using three other cranes. mobiles. This operation has just been successfully carried out for the project started this summer on behalf of various investors represented by Primonial REIM France. 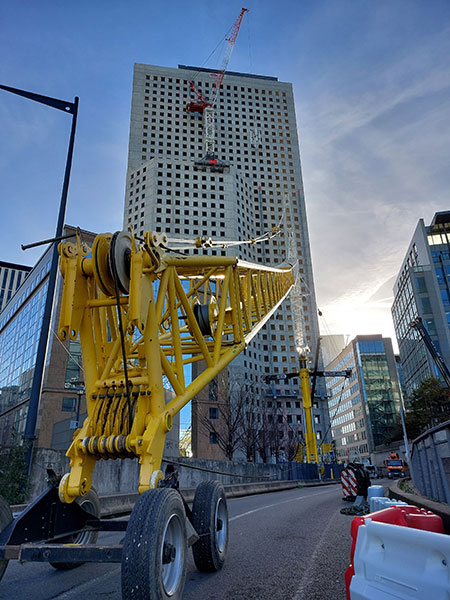 Designed by the architecture firm Ateliers 2/3/4, accompanied by Orfeo Développement as delegated project owner, the project aims to contribute to giving a new dynamic to the largest business district in France. The tertiary building, built in 2002 and classified IGH, has thus been redesigned to make it a mixed-use tower emblematic of the business district.

The work, carried out by Eiffage Construction and Goyer alongside the companies Phibor and Lefort-Franccheteau, consists of the restructuring and raising of the Tower which culminates at 218.00 NGF. Raised by three levels and equipped with a lateral extension on 26 levels in metal structure, its floor area will increase from 61 m² to almost 000 m² and will be able to accommodate 66 people.

In order to meet the best international standards, this project, which will use the reuse of elements from the cleaning of the existing tower, is targeting several certifications and labels: HQE sustainable building and BREEAM level Excellent, Well Gold, Well HSR and Ready to Osmoz.

Lasting 25 months, the works will be completed in the third quarter of 2024.

This contract was won as a consortium in May 2022 following a consultation launched in 2021 and an exclusive work phase.

Eiffage Construction has intervened several times in recent years in the business district of Paris - La Défense, both in new construction with the construction of the Majunga Tower and in renovation with the Carré Michelet complex, the Window building, the Pascal Towers or the Grande Arche in La Défense.