EELV denies any change of position on the Lyon-Turin line 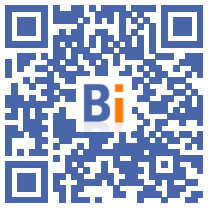 Europe Ecology - The Greens denied to AFP now supporting the Lyon-Turin line, despite the questioning by opponents of the emblematic project and by Jean-Luc Mélenchon of a text exploring the scenarios for its implementation.

"Lyon-Turin train link: EELV turns over its jacket. Yesterday against, today for. Diluted in the management faster than the PS", tweeted the leader of the Insoumis Thursday.

Asked by AFP, the chairman of the EELV Transport Commission, Stéphane Coppey, explained that one of the figures in opposition to the project, Daniel Ibanez, had publicly questioned a contribution put online - and withdrawn since - of a working group of the commission, in which appeared an "awkward" sentence suggesting support.

However, he insisted, the contribution was content to explore the different scenarios of the project, which Brussels reduced in April the bill of 2,5 billion euros for France. The text proposed in particular to optimize the environmental cost of access to the tunnel if they were to be completed.

EELV spokesperson Alain Coulombel, for his part, explained: "There is lobbying on the part of EELV members in Chambéry to change the position of the Transport commission," he explained. "Among some in the region, a realistic position emerges: as work has already started on several sections, they say + As much to go to the end +" and influence it.

But, insisted Mr. Coulombel, "that does not act a national position. For that it would require a motion voted in the Federal Council, and the next one does not take place until July".

This member of the executive board recalled EELV's historic position: "The project involves considerable financial resources that could be used otherwise. The existing route can be improved. And there are significant environmental damage, especially on the Italian side".

The other party spokesperson Eva Sas confirmed that EELV's position remained opposition to the Lyon-Turin line despite the change of opinion of some local elected officials. She estimated that "if we finance it, we cannot finance other railway developments on French territory".

In March, a BVA poll reported that 84% of EELV supporters in the region supported the project, which includes the construction of a tunnel under the Alps and a high-speed rail line to access it.