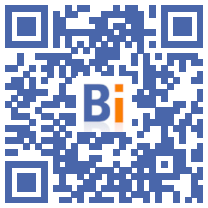 EDF has started to win private customers in France again with its offers, particularly in services, a sector on which the group is counting on for its future growth, a group manager announced on Wednesday.

"The erosion is followed by a commercial rebound", indicated during a press conference Marc Benayoun, director in charge of customers, services and territories, reporting a net increase of 550.000 customers since September 2021.

Their number thus rose from 25,7 million on this date to 26,2 million in May 2022. According to the figures provided by EDF, the number of contracts has thus risen above the levels of January 2021 (26 million).

Most of this growth in the number of customers is linked to gas and services, underlined Marc Benayoun.

The number of contracts in electricity for its part remained stable overall, a situation however better than in previous years during which EDF lost many customers.

This better fortune is part of a context of difficulty for many alternative suppliers with the crisis in the energy markets, as well as the prospect of the imminent end of regulated gas prices, currently provided by Engie.

For the future, EDF is not counting on a significant increase in its energy supply activity (electricity and gas) to ensure its growth, but rather on the development of energy services to individuals and businesses.

The group forecasts an increase of some 50% in its Ebitda (gross operating surplus) from the customers, services and territories division by 2030: it should rise from just under one billion euros in 2021 ( out of a total of 18 billion for the EDF group) to an amount of between 1,3 and 1,5 billion in 2030.

Most of the growth will therefore come from energy service activities, whose EBITDA should double by 2030.

EDF intends to rely on its subsidiary Dalkia, which already offers services to businesses and communities, but also on the emergence of services in markets deemed promising, such as energy renovation, electric mobility or photovoltaics.