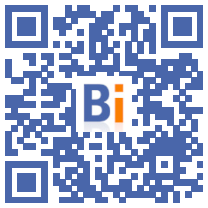 EDF has been definitively ordered to compensate an environmental association for the death of a protected species of falcons in the wind farm of Aumelas (Hérault), according to a decision of the Court of Cassation consulted Thursday, December 1 by AFP.

Justice, seized by the association France Nature Environnement (FNE), found that "twenty-eight lesser kestrels (...) had been killed between 2011 and 2016 by collision with the wind turbines of the Causse d'Aumelas parks" and that "this destruction continued despite the implementation" in 2014 of an electronic scaring system.

However, under a European directive, any destruction of these protected species is illegal, except for strict derogation from the prefecture.

Such a derogation would have authorized the occurrence of a limited number of fatal accidents, but EDF Energies nouvelles (now EDF Renouvelables France) and the companies operating the park had not requested it, had found the Versailles Court of Appeal in its judgment rendered in 2021.

Consequently, the court had recognized the “recklessness” of the operators, condemned to pay 3.500 euros in damages to the FNE.

Contesting the right of the NGO to take legal action in this case, EDF had challenged the decision before the Court of Cassation. The latter rejected this appeal on Wednesday, making the conviction final.

"Through this important case law, it is all the doctrine built by the wind industry and the Ministry of the Environment concerning the destruction of species protected by wind turbines which is called into question", welcomed the FNE in a statement Thursday.

"A renewable energy production infrastructure cannot claim to be ecological if it does not respect environmental law", adds the association, which is very involved in the parliamentary debate on renewable energies.

Along with several of the main environmental associations, the FNE strongly criticizes the government bill currently being examined by the National Assembly.

The text aims to catch up with France on its commitments to develop renewables, in particular by limiting appeals against wind and solar projects. But NGOs fear that biodiversity will be sacrificed in favor of climate objectives.

“Some parks have been built in the wrong place, such errors must be able to be corrected,” said Simon Popy, president of FNE Languedoc-Roussillon. The association requests "the stopping of the wind turbines of Aumelas during the period of presence of the lesser kestrels" and that the Causse d'Aumelas be removed from the + zones favorable to wind power + in the new regional planning being developed " .