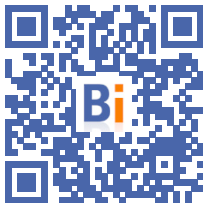 The major economic choices of the years to come will remain largely absent from the presidential campaign, fear economists, who want to enrich and enlighten the debate, but without taking sides for one candidate or another.

Thursday, the Circle of economists, which brings together a hundred members, addressed to this end to the contenders for the presidency of the Republic 20 questions on subjects which they consider essential.

Six of them presented to journalists their personal point of view on some of these issues: How to finance the huge investment needs in digitization, health, energy transition? What if inflation stays high for a long time?

How to attract more skilled immigrants to promote innovation? How to increase the employment of young people and seniors?

"We are going to have a huge need for investment", observes Patrick Artus, director of research and studies at Natixis, who quantifies the needs of the energy transition at 4,2% of gross domestic product (GDP), i.e. at least 100 billion euros per year for the next 30 years.

But to modernize our economy, "we do not produce enough and we import too much", according to Mr. Artus, in particular because, according to him, of an employment rate which is ten percentage points lower "than that of the Germany or Northern European countries.

"We do not have the means of the investments which we must make", summarizes this economist, who calls into question the too important part of the pensions in the GDP and the too high prices of the real estate. He asks the candidates, beyond the cost of financing this or that measure, "a complete framework of public finances".

Housing is a problem for "the youth, who have been the great sacrifice of the last two years" marked by the pandemic, underlined Jean-Hervé Lorenzi, founder of the Circle of economists.

Nathalie Chusseau, professor at the University of Lille, insisted on the poor economic and social integration of young people which "constitutes a huge waste" and "represents a cost for public finances estimated at more than 22 billion euros". The integration of excluded young people into the labor market would increase the growth rate by 0,4 percentage point, she said.

As for seniors, if their employment rate is on the rise, it remains "far below the European average", regrets Ms. Chusseau, stressing that employability depends on skills, therefore on initial training and throughout. of life.

Skills that France is more reluctant than other countries to seek abroad, deplores Emmanuelle Auriol, professor at the Toulouse School of Economics and author of a recent note from the Economic Analysis Council on the subject. : in France, "we count immigrants like we count the dead on the road", which makes the country less attractive for qualified foreigners who could create companies and file patents there, she says.

The ability to innovate is indeed linked to that of attracting talented immigrants, as shown by the successes of the American start-ups Moderna or German BioNTech in the race for the vaccine against Covid-19.

Patrice Geoffron, who heads the energy-climate team at the University of Paris-Dauphine, notes for his part "a very great absence in the (electoral) campaign, at least at this stage", of issues related to environment.

However, following European commitments to reduce greenhouse gas emissions, "we have before us a decade of acceleration of revolutions and no doubt of instability, which is not reflected" in the speeches of the candidates for beyond the debate on the place of nuclear power, he regrets.

The ecological transition should also contribute to supporting inflation over the long term. Also the president of the Circle of economists Hippolyte d'Albis calls on the candidates to ask themselves "what we could do if it became strong and lasting".

The answer also depends on the nature of the price increase. "If inflation is driven by food products, it will penalize the poorest households all the more" who devote a larger part of their budget to it, while the rise in energy prices "will penalize the lower class more medium".