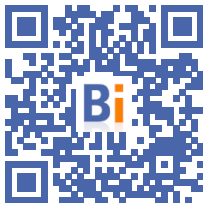 "Cheaper than the hotel" and "more welcoming": "tiny houses" have provided accommodation for a few weeks in Villeurbanne, near Lyon, for women and their young children, who find here a "cocoon" after a journey of wandering.

"For me, here is paradise because I found everything clean, suitable, with a large space for children to play", rejoices Imène, 21 years old.

Another resident, Angela, 25 years old and mother of two, whose flower-filled terrace differs from that of the neighboring houses, confides having "changed places a lot" since her arrival in France in 2016.

"My 8-year-old son told me: + But it's a hut! + But I told him it was better than the street or the hotel", adds the young Albanian, who will be able to stay here at least six months.

17 "tiny houses" were installed in early March for these mothers of young children in the parking lot of an industrial wasteland, where toddlers play bike rides.

Each has a living room, lit by a large bay window, with a kitchen area and a sofa bed, a small bedroom with two bunk beds and a shower room with toilet.

"It's stable here," said Monia, a 37-year-old mother, who had previously "moved from one hotel to another".

The micro-houses being on a former industrial site, "we are going to put trees and plantations there to make it more pleasant", promises Etienne Prime, one of the managers of the Le Mas association, which manages the village.

Despite this not very inviting outdoor space, "women feel really good (in their + tiny houses +) because, even if it's small, you can recreate a cocoon there", he continues.

"The objective is to be more welcoming and more hospitable and to find lasting solutions to get out of the emergency", explains EELV president of the metropolis of Lyon, Bruno Bernard, on a visit to the site.

"It costs us less than a hotel and, in terms of quality of life, to be able to cook at home, that changes the situation. Not to mention that we can offer better support here," he underlines.

No "conflicts of use"

With a unit cost of 29.000 euros and an estimated lifespan of fifteen years, these minimalist houses allow "to find all the privacy and dignity of a home, unlike a hotel", adds the vice -President in charge of Housing, Renaud Payre, specifying that an overnight stay costs 17 euros per person in a "tiny house" against 25 euros in a hotel.

The elected officials announced that another site of about twenty "tiny houses" would soon be opened in Lyon.

Removable and transportable, these micro-houses, inspired by an American architectural movement, make it possible to quickly deploy a housing solution. Ideal therefore for the metropolis which wishes to create temporary villages over a short period of time in order to use temporarily vacant or underused land.

"It is a new public policy which avoids conflicts of use", welcomes Mr. Prime, who wishes to "anchor in the territory" the women welcomed.

In addition to social support, the Le Mas association aims to "offer citizenship" to these mothers through partnerships around sporting or cultural activities.

"These women are all still isolated and they will stay in the metropolis. So I want them to feel villeurbannaises and be considered as such," added Prime.

On a high wall at the entrance to the site where a skull was graffiti, the street artist Don Mateo covered it the day before with a stylized face of a mother brooding her child.

"I voluntarily left the expression on this woman's face to everyone's interpretation. She is sad and happy at the same time and everyone puts in what they want to see", explains the artist from Lyon.