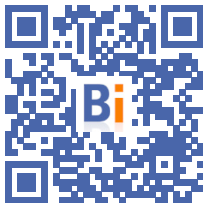 This new system piloted by the eco-organizations must also support the actors of the social and solidarity economy (SSE) who work to engage citizens in the ecological transition through activities with a strong environmental, social and societal impact.

The reuse funds provided for by the AGEC law and reinforced by the Climate law aim to extend the life of products – and prevent them from becoming waste.

With this in mind, Ecologic, a historic eco-organization in the electrical and electronic equipment (EEE) sector, and the National Ressourceries and Recycling Network (RNRR) have just signed a framework agreement to develop the reuse of electrical and electronic equipment (EEE). ) and which is part of the continuity of a partnership of several years between the two organizations.

The reuse of EEE: an ecological and social issue

A large number of electrical and electronic equipment end up in recycling channels when they could be repaired and reconditioned. In 2021, 6.000 tonnes of EEE were reused. Ecologic's objective for 2023 is to double the tonnage to exceed 12.000 tons.

The resource centers and recycling centers of the RNRR - a leading player in solidarity reuse in France - are characterized by an approach that is at once ecological, social and societal. Associations law 1901, present in rural and urban areas, they fight against overproduction, overconsumption, waste and pollution by giving new life to objects while working for the professional integration of people far from employment. They are also places for reflection, awareness of transition issues, conviviality and the creation of citizen initiatives.

To develop the reuse of EEE, they nevertheless need additional resources.

The framework agreement signed between Ecologic and the RNRR is the first milestone in the process of developing reuse.

For René-Louis PERRIER, President of Ecologic: “To support the development of the activity of RNRR members, we will support them through training programs, the acquisition of materials and equipment, the setting up of repair and reconditioning workshops. Our goal is to increase the solidarity reuse economy and, ultimately, to increase the number of devices reused. »

For David Romieu, President of the RNRR: “The AGEC law sets very ambitious reuse targets, which must reach 5% of the weight of household waste by 2030. The financial resources that will be deployed to support the development of the WEEE sector within the Ressourceries-Recycleries of the Network are substantial and should allow a significant leverage effect if ADEME and local authorities maintain their support for our structures. Given the stakes, these additional sources of funding are a key element in promoting the solidarity reuse economy and its players. »

The reuse of EEE: a democratic issue

If the challenge of this framework agreement is to combine ecological and social ambition and to spread and systematize the approach, it is also to democratize the question of sorting so that the EEE which has a potential for reuse is directed towards the actors of the SSE in capacity to carry out this quality reuse. Information to the general public is therefore essential in several respects. On the one hand, to highlight the societal interest of reuse but also to encourage consumers to turn to second-hand EEE.