eBay and StockPro work together to reuse new building materials 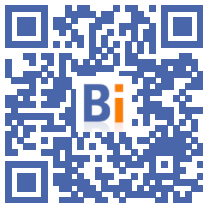 Partner of French companies, and committed to reasoned consumption, eBay is proud to welcome a new French company of reused materials.

Creator of a digital stock management solution connected to a market place, the start-up StockPro has set itself the task of eliminating the waste of new materials in the construction sector. It inaugurates on eBay, one of the world leaders in online commerce, its shop for DIY and reused construction materials. Thus, since March 2022, the 5 million eBay users in France have access to thousands of references available on the StockPro white label platform and, thereby, to new professional equipment at accessible.

A common commitment to reasoned consumption

“Our presence on eBay, very invested in favor of reuse, is fully consistent with the anti-waste mission that we have carried out since the creation of StockPro. Strategically, we prefer to rely on existing and already very visible marketplaces: our added value focuses above all on the sourcing of materials, rather than on their sale, for which many solutions already exist. », says Romain de Garsignies, CEO of StockPro.

The co-founders of StockPro, Romain de Garsignies and Stéphane Renou, therefore approached the eBay teams to quickly set up their online store, which is now visible to the entire community of eBay users in France.

“eBay is the partner of tens of thousands of French companies which develop online in France and abroad. As a major player in e-commerce, eBay has an important role to play on consumption and its impact on the environment. The StockPro store on eBay allows consumers to access reusable items and limit their impact on society and the environment. », comments Sarah Tayeb, Director of the Sellers Division, eBay in France.

In France, the DIY market is currently experiencing a good dynamic: in 2021 it exceeded 34 billion euros1, all distribution channels combined. With the effect of the various confinements and then the massive use of telework, the French stayed at home, which increased the desire for DIY, renovation or development of their habitat. But in recent years, whether out of ecological awareness or a desire to harm their bank account as little as possible, the consumption habits of DIY enthusiasts have evolved, to turn more towards the circular economy and the second hand.

StockPro is part of this trend by saving new materials that construction industry players waste through construction surpluses, renewals of product ranges, or even industrial overproduction. The startup promotes the reuse of these materials from dormant or depreciated stocks of market-leading manufacturers and distributors by offering them for sale.

Via the platform, do-it-yourselfers have access to a catalog of professional quality products as well as materials validated and used daily by players in the sector, most of which still benefit from the manufacturer's warranty. On the marketplace, they are accessible at extremely low prices, with an average discount of 50% compared to the recommended retail price of the same new object. By obtaining supplies through the StockPro store on eBay, the individual do-it-yourselfer therefore has the satisfaction of having contributed, through his purchase of a product originally intended for destruction, to the fight against the waste of natural resources.

These first two months of StockPro's presence on eBay have already made it possible to draw up an initial positive and encouraging assessment for the future. “Our presence on eBay allows us to integrate hundreds of thousands of items for sale. From March to May 2022, we have seen strong growth in sales: +76% increase in transactions on average in two months and an overall amount of €5 in products on sale,” concludes Romain de Garsignies.

1 According to the study carried out by the FMB / Fédération des Magasins de Bricolage and INOHA / Les Industriels du Nouvel Habitat, the DIY market will reach a turnover of 2021 billion euros in 34, i.e. a growth of 10,2% in value compared to 2020, which had already increased by +13% compared to 2019