Earthquake near the Groningen gas field in the Netherlands, the most intense since 2019 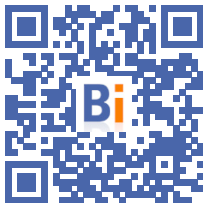 A magnitude 3,2 earthquake hit the northern Netherlands on Tuesday, among the strongest on record in the region that frequently experiences earthquakes due to the exploitation of a natural gas field, announced the Royal Netherlands Meteorological Institute (KNMI).

The earthquake was felt at 01:46 a.m. (00:46 a.m. GMT) in the village of Garrelsweer, around and into the city of Groningen, where the largest natural gas field in the European Union is located, which is scheduled to close in 2022. .

Local authorities have started to inspect for possible damage to dikes, locks and other dams, and residents have been urged to "be alert to any irregularities," the ANP news agency reported.

Garrelsweer had already experienced a major earthquake in 2011, with a magnitude of 3,2. The 3,6 magnitude earthquake recorded in Huizinge in 2012 was the strongest ever recorded in the region.

Small in magnitude but close to the surface, these earthquakes due to vacuum pockets formed during gas extraction have already caused extensive damage.

The state mine watchdog (SodM) said the number of earthquakes felt in the region, higher than expected, was "disturbing". SodM estimates that such earthquakes could still be felt for "decades".

The government decided in 2020 to bring the end of gas extraction in Groningen, initially scheduled for 2022, to the summer of 2030.

Earlier this month, amid a European shortage and soaring gas prices, Economic Affairs Minister Stef Blok warned that an increase in the level of extraction may be "necessary" when the field is expected to close.

Mr Blok blamed the delay during the pandemic in setting up a new nitrogen installation, which should play an important role in limiting gas extraction in Groningen.

The government also presented Tuesday to Parliament the outline of a plan to strengthen homes over several years. It is estimated that around half of the 27.000 homes included in the plan will need consolidation work.