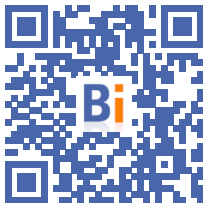 The Minister of Labor, Olivier Dussopt, said on Tuesday September 28 that he was open to tightening access to unemployment compensation in the case of "a job abandonment", when an employee no longer comes to work without justification and ends up by being fired by his employer.

"There is a loophole: an employee who abandons his post has access to more favorable compensation conditions than an employee who resigns", noted the minister before the Assembly's Social Affairs Committee which is examining his bill on unemployment insurance.

"We are open to these conditions being aligned", he added, while an LR amendment was tabled to this effect, while ensuring "that employees who leave their position for reasons of safety are not penalised".

Unemployment insurance is in principle reserved for people who are involuntarily deprived of employment. For resigners, there are some limited exceptions. Among them, the fact of following a spouse concerned 14.000 cases in 2021 according to Unédic. Since 2019, the possibility is also open once every 5 years to those who have a professional project (12.000 cases in 2021).

However, if he is dismissed for serious misconduct, the employee will not receive any severance pay or compensation for notice and paid leave.

There are no statistics on these job abandonments but the LR deputies assure in their amendment that "it is a phenomenon more and more palpable by professional circles".

"The employee who wants to leave his job (...) to withdraw from the labor market while having the objective of maintaining an income will not resign but simply will not return to work so that the employer, tired of the fight, is dismissing him," they said.

"While the resigner is bound by a notice which allows the employer to organize himself, the phantom employee, by abandoning his post overnight, disrupts the proper functioning of the company", they add.

To fight against recruitment tensions, Mr. Dussopt, on the other hand, was more reserved on the desire of certain deputies to harden access to unemployment for a CDD refusing a CDI.

The Minister recalled that when an employee refuses a CDI offered under the same conditions as his CDD, then the precariousness bonus of 10% is not due by the employer, a provision unknown according to him.