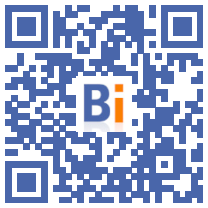 The Keeper of the Seals Eric Dupond-Moretti "assumed" Monday before the Senate the semantic choices of the executive, and in particular the use of the verb "guarantee", in the drafting of the text aiming to include the climate in the Constitution.

Following the recommendations of the Citizen's Climate Convention (CCC), it is for the executive to include in Article 1 of the Basic Law that France "guarantees the preservation of the environment and biological diversity and fight against climate change ".

"The government has taken note of the observations presented in particular by the Council of State (...), but the government is precisely the assumed choice of a strong ambition in favor of the environment", declared the minister to the opening of debates at first reading in the Senate Chamber.

"The use of the verb guarantee precisely marks the strength of this commitment," he continued, while the right-wing senatorial majority is opposed to this term, preferring the verb "to preserve".

"The project establishes a real principle of action by both national and local public authorities in favor of the environment and the fight against climate change," said the Minister.

"The government affirms and assumes that the legal scope of environmental protection must evolve, that what is today an objective can become an obligation tomorrow," he said.

"The government fully accepts the ambition of this project but affirms that it is nevertheless a balanced project", also declared Mr. Dupond-Moretti.

According to him, he avoids the pitfall "of making the environment the supreme imperative which would prevail over any other consideration". But also that of "repeating the existing law by providing no added value", what he suggests "the alternative project" of the senatorial right.