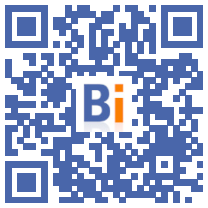 The activity of shopping center giant Unibail-Rodamco-Westfield (URW) was severely affected in the first quarter by the closure of its centers for 70 days, against 13 at the start of 2020, causing a drop in its turnover. more than 40% business, he said on Wednesday.

Despite the gradual lifting of restrictions on non-essential shops in Britain, the Czech Republic, Denmark and the Netherlands in April, 51% of URW's shopping centers are currently still closed, the group said in a statement. communicated.

The turnover reached 566,7 M EUR against 956,6 M EUR (-40,8%) in the first quarter of 2020 when the results "had been marginally affected by the Covid-19, the main restrictions in the URW's key markets only intervened at the end of March ", indicates the group.

2021 "will remain a difficult year with heavier and longer restrictions which will affect the group beyond the first quarter", commented Jean-Marie Tritant, CEO of the group, whose congress and exhibitions branch is also at a standstill due to of the coronavirus.

If the vacancy rate of shops "has increased slightly", Mr. Tritant however sees "positive signals" for a return to normal once the restrictions are lifted.

"In March, sales in Spain, Austria and Sweden, where non-essential businesses were able to reopen, reached 81%, 79% and 76% respectively of 2019 levels," he noted.

In the United States, the markets where most of the restrictions were lifted recovered well in March and "some centers even exceeded pre-Covid levels", according to him.

Its recurring earnings per share, the industry benchmark, fell to EUR 7,28, a drop of 41% due to government restrictions linked to the coronavirus.

85% of URW's assets are retail, 8% offices, 5% conference and exhibition sites and 2% services.

It must sell part of its assets in Europe and significantly reduce its presence in the United States to bail out its debt.

On Wednesday, he announced the sale of 45% of his stake in a shopping center in Vienna and his gradual withdrawal from another center in Bratislava.