DPE: for Équilibre des Énergies, the government must admit that the best energy is that which does not emit CO² 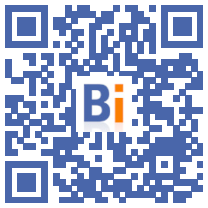 On the eve of the start of the examination of the Climate-Resilience bill, the government in quick succession unveiled the outlines of the new energy performance diagnosis (DPE) and the latest arbitrations of RE2020. In both cases, the assessment is necessary: ​​fairly well but must do better.

“The new DPE finally considers CO² emissions, this is an important step forward. But the account is not there. The new scale of the DPE is not in line with the objective of carbon neutrality and housing will be able to continue to emerge from the status of thermal strainer by switching from electricity to gas ”.

Brice Lalonde, president of the organization Équilibre des Énergies and former Minister of the Environment

Finally, the energy performance diagnosis takes into account the CO² emissions of housing.

With the new DPE, the government puts an end to the errors of the policy followed for years consisting of evaluating the performance of housing based solely on their primary energy consumption. Taking CO² emissions into account in the new performance scale is a step forward that Équilibre des Energies has been advocating for years and that should be welcomed.

Theoretically, if an owner wants his home to be well classified in the DPE, he will have to ensure that it has both low CO² emissions and consumes little energy.

But the government remains very lax on the climate scale

Paradoxically, while the government wants to take additional measures to fight against climate change, the new scale proposed for CO² emissions is relaxed by around 30% compared to the current scale. It was set to consolidate the positioning of gas-heated housing in the DPE and thus establishes a sort of right to issue for their benefit.

Instead of encouraging all homes to progress towards carbon neutrality, the Climate scale will only have an illusory effect and will not invite the French to move towards low-carbon solutions. It is therefore a realignment of the entire carbon scale which must be carried out on the basis of the following considerations:

Thus, with the new DPE, an electrically heated housing can leave the category of thermal strainers, label F or G, with the simple installation of a gas boiler. This recurring practice, which degrades CO² emissions and does not lead to increased insulation, must imperatively cease.

Équilibre des Energies believes that between the discourse held by the government in terms of reducing greenhouse gas emissions and the actual terms of this new DPE, the gap must be bridged.