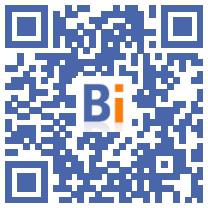 Thirty-four social housing units were inaugurated on Wednesday June 29 in Paris on land that belonged to Rifaat al-Assad, the uncle of the Syrian president, in one of the most upscale neighborhoods in western Paris, noted the AFP.

In a statement, the City of Paris was pleased to have been able to acquire this property "ill-gotten" by Rifaat Al-Assad, following a court decision, in 2015.

"It's a building that has a particular history. We became the owner of this wasteland by expropriation," said Ian Brossat, deputy mayor of Paris in charge of housing, on the spot.

On a plot of 780m³, in the very chic 34th arrondissement, XNUMX social housing units and a crèche have been built on the former wasteland.

The mayor of Paris had paid 9,5 million euros in expropriation compensation to the Caisse des Dépôts. The total cost of the work amounts to 6 million euros, indicated Ian Brossat.

These social housing units were delivered to the beneficiaries at the end of March 2022. Most of them had been waiting for years for access to social housing.

"I've been waiting for 26 years. I'm happy but we have to get used to it", testified anonymously a tenant interviewed by AFP, adding: "we have the impression that we are intruders. People look weird".

"The objective of this project was to integrate and mix several backgrounds and social categories", underlined Mr. Brossat, according to whom the percentage of social housing in the 1th arrondissement "increased from 2001% in 6 to 2022% in XNUMX".

In September 2021, the 84-year-old former vice-president of Syria Rifaat al-Assad was found guilty by the Paris Court of Appeal of laundering in an organized gang and embezzling Syrian public funds between 1996 and 2016. .

The court had ordered the confiscation of all of his fraudulently acquired real estate, valued at 90 million euros, and had also condemned him for laundering aggravated tax fraud and for the concealed work of domestic employees. The Court of Cassation will examine on September 7 the appeal filed by Rifaat al-Assad.

In this case, two mansions, dozens of apartments, an estate with a castle and stud farm as well as offices had been seized.