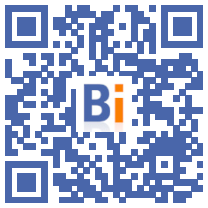 Sales of new homes by real estate developers fell by nearly 25% in 2020, announced Thursday the FPI, their federation which fears a "lasting crisis".

For the organization, the drop is linked to the closure of the sales offices during the four months of confinement. It also points out, at the national level, the regulatory constraints imposed by the State and their additional cost factors and, at the local level, the reluctance of elected officials to issue building permits.

"You have to go back five years to find such a low level," notes the FPI.

This "violent contraction" of sales in 2020 even reached a drop of a third for sales to individuals alone.

Results "worrying", according to the REIT, because they intervene despite the increase of 7,2% in block sales, in particular to institutional investors.

And in the last quarter, "no catch-up effect, and even less recovery", was noted by the federation.

"The crisis is there, it is violent, structural and lasting. And nothing today allows to hope for the exit in the short term", estimated during a press conference the president of the FPI Alexandra François-Cuxac .

In three years, the number of building permits has fallen by a quarter, explained Alexis Roux, delegate general of the FPI, believing that this decline "shows that the crisis predates the Covid crisis and the confinement", which no 'did "only accelerate and accentuate it".

For Pascal Boulanger, vice-president of the organization, the main "lock" to be lifted is that set by "green mayors" elected in 2020, "who have slowed down" the issuance of permits, and by other elected officials who " anticipate "an attitude of rejection from the electorate and have followed suit.

The latter calls on the State, local communities and professionals to work together to restart construction.

"Otherwise, in less than a year, we will see a very sluggish market, with very high prices, elitist and with a HLM movement that will always be more saddened and elected officials who will be at the foot of the wall", for lack of planning and programming, added Ms. François-Cuxac.