Despite the recovery, commercial real estate still weakened by the pandemic 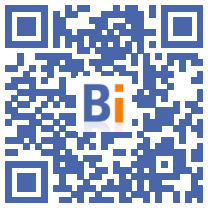 Half-hearted reunion for brands and real estate companies at the Mapic show: despite a resumption of physical commerce after confinements, the sector remains weakened by the long months of closure, which also affected relations between donors and traders.

Sectors in difficulty, others in full boom

Trade has not been uniformly affected by the pandemic. Food, for example, has benefited more, the supermarkets having remained open. The equipment of the house has also held up: the French are equipped to telework and many have redecorated or fitted out their living space after having spent long months confined there. According to the Federation for the Promotion of Specialized Trade (Procos), it is one of the only sectors to have exceeded its pre-crisis sales.

On the other hand, fashion - which was already experiencing structural difficulties - and beauty / health are not yet on the rise. Their in-store activity declined by around 20% in the first ten months of 2021 compared to 2019.

An uneven recovery depending on the format

In total, so-called "non-essential" stores have been closed between three and six and a half months since March 2020. Shopping centers have been the most affected because they had to gradually close from February until the end of the third lockdown , before being imposed in August the health pass, in the regions where the epidemic was circulating the most. Stores are still struggling to regain their pre-crisis levels of footfall: only open-air shopping areas on the outskirts of cities have performed well.

"With teleworking, the French began to consume closer to home, therefore often on the outskirts of cities," analysis with AFP Christian Dubois, of the Cushman & Wakefields firm. Being located in the open air rather than in closed places, more anxiety-provoking during a pandemic, would also have played in their favor according to the specialist. "

The confinements have awakened tensions between landlords and traders on rents. Each confinement was different: for the first, it was necessary to find amicable agreements. Some landlords have taken action, but others have been harsher on their tenants. With the result a multitude of legal proceedings initiated.

For the second confinement, the state created a tax credit to encourage lessors to make discounts on rents. In the third, he promised to pay the rent for some closed stores, but the aid has not yet been paid. According to the National Committee of Shopping Centers (CNCC), the rate of unpaid rents was still 20% in the third quarter of 2021.

"We understand the stress vis-à-vis shareholders but this should not legitimize excessive attitudes", assures AFP Emmanuel Le Roch, general delegate of Procos, who evokes threats to end contracts or seizures on bank accounts .

The crisis has all the same pushed many lessors to refocus on the level of effort of the stores: the ratio between their turnover and the amount of their rent.

In the future, Christian Dubois believes that the shopping centers which will be able to get along with their tenants around their effort rate will be those which will survive in a sustainable manner.

Otherwise, some traders could go out of business. According to data from the data analysis company Codata, the commercial vacancy in 2020 has thus exceeded the threshold of 10%, a first. The same goes for the first eight months of 2021. Commercial vacancies have mainly developed in small shopping centers and large city centers, which have suffered more from the decline in international tourism and teleworking.