Despite record contamination, telework is not taking off 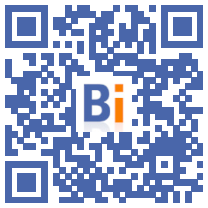 "Not up to the task": despite a galloping Omicron variant and government instructions, the use of teleworking stagnated at the beginning of January, the companies that played the game having continued to do so but the mobilization did not go beyond .

Faced with the record contaminations of Covid-19 (nearly 370.000 Tuesday), the company health protocol provides since January 3, for three weeks, that employers set "a minimum number of three days of teleworking per week, for positions that allow it ". Previously he provided for a simple "target" of two to three days a week.

However, according to an interactive Harris poll for the Ministry of Labor, during the week of January 3 to 9, the share of teleworkers remained stable compared to mid-December: among workers who can telework easily, 60% teleworked at less partially (58% mid-December).

The number of days teleworked nevertheless increased slightly among workers who declared teleworking, going from 3 days on average in mid-December to 3,3 days.

These results were deemed "not up to the health situation" by the ministry. He defends, in view of these figures, the relevance of the administrative fines provided for by the bill establishing the vaccination pass (up to 1.000 euros per employee for recalcitrant companies), arguing "that we cannot compromise with the protection of employee health ".

However, the right-wing senatorial majority removed from the text these sanctions, strongly contested by the Medef. This provision is one of the "hard points" on which deputies and senators will try to find a compromise on Thursday.

The government initially intended to set up a health pass in companies, but gave it up in view of the rebellion of the social partners. It also relies on checks, Ms. Borne having asked the labor inspectorate to go from 1.000 to 5.000 checks per month.

Guest of BFM Business, the number one of the CFDT, Laurent Berger, nevertheless recalled that "there are 2.000 inspectors for 20 million employees to be checked", highlighting the "alert role" of employee representatives vis-à-vis companies recalcitrant, which is "a few" but "not a lot".

The problem arises less for large groups. At Société Générale, "we are adapting to this new wave" with 4 days of teleworking per week for activities that allow it, the days of presence being smoothed out over the week.

According to Benoit Serre, vice-president of the National Association of HRDs, "on the whole, companies are playing the game". But he acknowledges that "the problem always arises for small companies because they have a rather tight workforce".

However, he says, "the accumulation of telework and absences, contact cases, sick people, etc., sometimes means that it becomes a kind of impossible equation to have people in the box".

This is the problem encountered by Charles, manager of a Parisian SME in mobility.

"We are no longer in the lethargy of confinement. The boxes, they have to turn," he said. But to the 3 days of telework "are added the contact cases, the babysitting for closed classes, and these are 100%. So if the whole team (is at a distance or absent), how do you run the store? ”he said, reporting being forced to bring some employees back to only a day away.

Some also face opposition from their employer.

Paul (first name changed), 25, told AFP that in his video game company, "production teams are not allowed to telecommute".

The labor inspectorate came but sided with management's arguments, which highlighted the issue of cybersecurity to refuse teleworking, while an internal team is dedicated to this subject, he said.

"We end up with contact cases in my open space", deplores this employee.

Another employee of an accounting firm explains that his employer "invokes the reason for the confidentiality of the information and documents handled".

Ultimately, "we can not wait for it to end, teleworking", reports Charles, but "nobody is fooled", it will not last three weeks ...